The Mazda6 is Finally Getting the Engine It Deserves 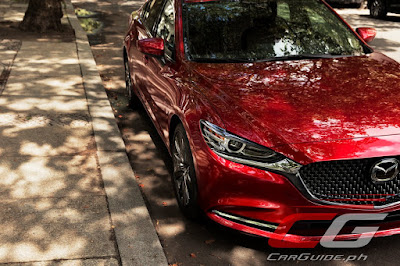 Mazda is set to present yet another update for its executive sedan, the Mazda6. Set to be unveiled globally at the Los Angeles Auto Show on November 29, the re-designed Mazda6 is getting enhanced aesthetics and more grunt thanks to a turbocharged engine.

In line with the company’s Sustainable Zoom-Zoom 2030 plan, the Mazda6 debuts engine new engine technologies. For the normally aspirated 2.5-liter Skyactiv-G, it gets a cylinder deactivation system for improved fuel efficiency. The bigger news is that the direct-injection turbocharged 2.5-liter Skyactiv-G 2.5T from the CX-9 will make its way to Mazda’s flagship sedan. Although no power details have been mentioned, it’s said to “produce torque on par with a 4.0-liter V8.” As a reference, the 2.5T engine in the CX-9 produces 231 horsepower and 420 Nm of torque. 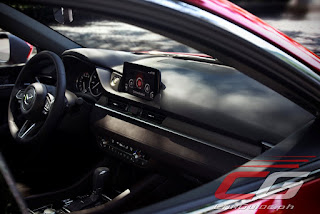 Along with the new engines, the Mazda6 takes on a new styling direction which the design team calls “Mature Elegance.” It’s done to raise the quality feel of both interior and exterior, making it more distinctive, premium, beautiful, and dignified. The key features include the new of Japanese Sen Wood, something typically used in traditional Japanese instruments and furniture. Other trims are said to be available.

The re-designed Mazda6 also comes with a wider range of i-ACTIVSENSE safety technology including Mazda’s version of adaptive cruise control with low-speed follow and a 360-degree monitor.

For the Philippine market, it’s a safe bet that the updated Mazda6 will drop in some time in 2018.

Although it’s almost for certain that the aesthetic and safety enhancements will arrive here, the fate of the drivetrain improvements is a bit more questionable. Though the cylinder activation system on the 2.5-liter Skyctiv-G is a safe bet, the turbocharged engine is probably 50/50 given it delivers the same amount of torque as the 2.2 Skyactiv-D. So unless Mazda Philippines discontinues the diesel, they may not see the need to add yet another Mazda6 variant.