Ford Pulling Out of Passenger Car Market to Concentrate on SUVs, Pick-Ups 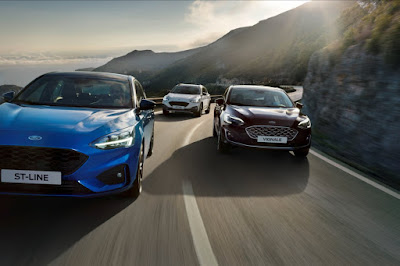 In a bid to reach an 8 percent profit margin by 2020, Ford is looking to save some USD 11.5 billion (~PHP 600 billion) and plans to axe most of its passenger car line-up (at least for North America) including the Fiesta and Focus.

In a statement via Bloomberg News, Ford said:


Given declining consumer demand and product profitability, the company will not invest in next generations of traditional Ford sedans for North America…Over the next few years, the Ford car portfolio in North America will transition to two vehicles—the best-selling Mustang and the all-new Focus Active crossover coming out next year.

Ford’s plan coincides with American market preference which is moving more towards SUVs and crossovers and away from traditional passenger cars. Overall, investors are happy about this move, although it’s not without risks since Ford risks alienating its car owners and conceding market share.

Although Ford hasn’t announced if their move to effectively pull out of the North American passenger car market will affect its operation elsewhere, the carmaker has seen the same signals in both Europe and Asia Pacific. In the Philippines, for example, the Everest, Ranger, and EcoSport already accounts for 97 percent of their car sales.

The American carmaker also warned that Ford’s profit margin will “bottom out” this year. The Asia Pacific region, a growth market for Ford, will likely lose money in the second quarter due to the lack of new vehicles before rebounding in the third quarter.