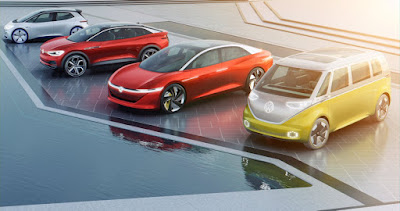 Volkswagen is going to change its logo, reports Bloomberg, as the company wants to turn a new chapter after its diesel-cheating scandal. It will be unveiled next year according to Jochen Sengpiehl, the brand’s chief marketing officer in the midst of an aggressive rollout of electric vehicles.

Having only been tweaked modestly since post-World War II, the new brand will have to “work on car fronts as well as smartphone screens” indicating the increased importance of connectivity to VW. In addition, the new logo aims to make the German brand “more approachable and less stiff.”

During the same press conference, Sengpiehl said that VW will set up marketing hubs in its major regions that can tailor messages and react more quickly to changes. In addition, Volkswagen will expand the use of digital and social media to finely tune its marketing, specifically to convince consumers to switch to battery-powered electric vehicles.

Email ThisBlogThis!Share to TwitterShare to FacebookShare to Pinterest
Filed Under: News, Volkswagen Corporate