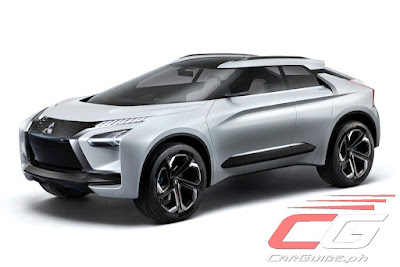 
“We have a long-range product plan that’s pretty solid until 2025, and a dotted line beyond that,” he explained. “Within that what we’ve said is, ‘Which vehicles do we want? What are we going to work on?’ We’re going to replace ASX, Outlander and Triton [the L200 pick-up]. Then we have these two boxes: Pajero and Lancer.

“Lancer’s probably the easiest one; we believe we’ve got a solution that could fit the segment. Because if you look globally, the C-segment hatchback [Golf and Focus] market is not shrinking. It’s down a bit in the US and Europe. But its numbers are still expanding in China. So there is appeal. And I think because the segment is so large globally, we’ve got to take a look at it.”

Kunimoto adds that the Lancer’s overall design was previewed by the e-Evolution Concept which the brand displayed at the 45th Tokyo Motor Show 2017. He adds:


Just because it’s C-segment doesn’t mean it has to be a very conventional hatchback,” the designer explained.

“Maybe we can create a new type of hatchback vehicle. We’re thinking quite radically. Originality is as much a part of the Mitsubishi design philosophy now as consistency,” Kunimoto added.