Ford May Have to Replace 10,500 PowerShift Equipped Vehicles in Australia 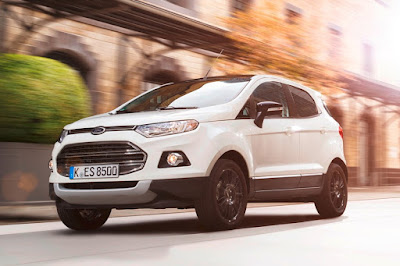 Ford Australia has been slapped with a AUD 10 million (~ PHP 393 million) fine by the Australian Competition and Consumer Commission (ACC) for the company’s “unconscionable conduct” for failing to address complaints over its PowerShift automatic transmission.

The amount is a record-setting fine handed out to a car company in Australia and represents over 10,500 complaints regarding the Ford Fiesta, Focus, and EcoSport models equipped with the dual clutch automatic transmission sold between 2011-2015.

Complaints in Australia began to surface in 2015 and 2016 and Ford now admits it initially misdiagnosed the problem.

“We took too long to identify the issues and we acknowledge that PowerShift customers did not have complaints handled appropriately between May 2015 and February 2016,” said Graeme Whickman, President & CEO Ford Motor Company, Australia.

“We were overwhelmed with the volume of complaints and, while it was not intended, over a ten-month period our processes were inadequate and information provided was either inaccurate or incomplete. We let our customers down and for that we are sorry.”

“We now realize this program was flawed as it didn’t ensure an adequate assessment of customers’ rights under [Australian] consumer law. We are committed to making right with these customers.”

For his part, ACCC Chairman Rod Sims said: “Despite knowing that shuddering was a symptom of the quality issues with the vehicles, Ford frequently told customers that shuddering was the result of the customer’s driving style. Ford knew that the symptoms of the quality issues with the vehicles were experienced intermittently but required customers to demonstrate them on demand in the presence of a dealer in order for repairs to be undertaken.”

“In most cases, Ford refused to provide a refund or no-cost replacement vehicle to consumers, even after vehicles had undergone multiple repairs that had not resolved consumers’ complaints,” continued Sims.

Ford says it will provide compensation to affected customers in line with the independent reviewer’s decision. The process may entail Ford having to fix, buy back, or replace all of the 10,500 vehicles affected as deemed by an independent auditor.