Why Can't Jeepneys Just Use New Engines Under the PUV Modernization? 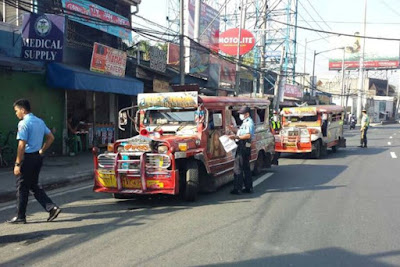 In a recent Congressional hearing of the Committee on Metro Manila Development chaired by Congressman Winston Castelo, Undersecretary Tim Orbos of the Department of Transportation emphasized that reaching Euro 4 emissions compliance isn’t just about changing engines.

“It is a complete emission system that measures not only the quality of the exhaust fumes but also the performance of the engine, fuel system, air intake and exhaust systems, engine management, performance feedback system, does on-board diagnostics, and many more. Even the fuel will be at Euro 4 level. Therefore, a Euro 4 compliant vehicle performance cannot be met by merely replacing a used surplus diesel engine with a Euro 4 diesel engine. It is not as simple as this as some groups have proposed. As such, it will not work as the vehicle will not pass the Euro 4 certification process of various tests,” said Orbos.

And the vehicle manufacturing sector agrees. Bimbo Mills, president of the Automotive Body Manufacturers Association of the Philippines says that the PUV Modernization Program being implemented by the DOTr is not only good for the health of Filipinos and the environment but also upgrades the overall re-fleeting of the transport sector.

It’s also for this reason that the Truck Manufacturers Association (TMA) will provide light commercial vehicle platforms for the PUV Modernization Program that are fully Euro 4 compliant.

“To participate in the PUV Modernization Program of the DOTr (the demand side) and the Eco-PUV Program of the Department of Trade and Industry (the supply side) and avail of whatever incentives will be made available, the modern PUV must either be compliant to the Euro 4 emission system or be powered by an electric motor. So it will be generating less pollution or none at all as required by the Clean Air Act. This will help reduce air pollution and make the air we breathe cleaner,” emphasized Orobos.

“Conversions and re-conditioning of diesel engines for jeepneys have all been done in the past but have failed. One by one, the other second hand parts would break down, the operating time is reduced as the downtime increases and soon enough, the jeepney driver is no longer able to earn enough to pay his monthly amortization. Under the PUVPM, with brand new parts and components, a brand-new vehicle from bumper to bumper and a body built and assembled in conformance to the standards of the Bureau of Philippine Standards, the PUV driver and operator will enjoy the standard product warranty of the automotive industry. This will reduce his downtime and increase his operating hours thus resulting in reduced operating costs and increase income.”

Furthermore, Orbos stressed at the PUV Modernization Program is not limited to the vehicle alone: “It extends up to the way the drivers drive with discipline, the welfare of and social support for the drivers, the way the PUV fleet will be deployed, operated and managed, the way routes will be rationalized based on passenger density and driving conditions, the way vehicles will be locally built to conform to government standards to ensure safety and convenience and a package of incentives and financing that is aimed at making the modern PUV affordable”.
at 10:31 AM

Email ThisBlogThis!Share to TwitterShare to FacebookShare to Pinterest
Filed Under: News, PUV Modernization