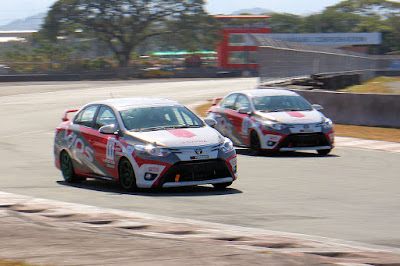 Toyota Motor Philippines revealed its annual performance and formally announced their major marketing efforts for 2019 at their media thanksgiving party.

In fact, Toyota has cemented itself as the number one brand in 9 key segments last year:
In his speech, Toyota Motor Philippines President Satoru Suzuki expressed his optimism heading into 2019: “Despite the unfavorable climate of 2018, Toyota was able to hold its ground. It was a truly challenge year, and we are hopeful that this year will be more auspicious.”

With that, Mr. Suzuki revealed some of Toyota’s major marketing efforts this year.

Aside from new model launches slated throughout the year, Toyota is pushing through with the trailblazing legacy of the Vios Cup, with a new and improved Toyota Motorsports Program. Beginning this year, the Vios Cup will become the Vios Racing Festival.

The second element is the Vios Autocross Challenge which will be held at various locations in Metro Manila. The program will feature both celebrity racers and even car club members. Drivers will go through an obstacle course and at the end of the day, the fastest time wins. At every leg of the Vios Circuit Championship, there will be a mini Autocross Challenge as well.

Are you excited for Toyota’s motorsports plans this year?
at 6:00 AM