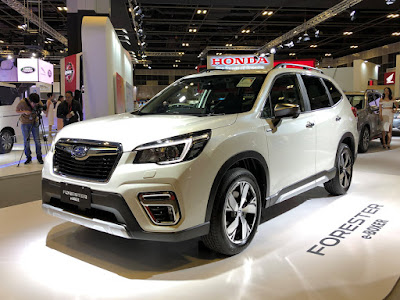 The 2019 Singapore Motorshow set out to impress, with brands unveiling some of the latest in hybrid and electric car technologies. Subaru set the bar in showcasing, for the first time in the ASEAN region, the all-new Forester e-BOXER—the petrol-electric hybrid model of its bestselling SUV.

Using the Forester’s foundation as a family-friendly SUV with an adventurous personality, the e-BOXER engine adds the extra advantage of having a more efficient powertrain to boot. Previously, we outlined the elements to watch out with the e-BOXER engine and now here are the other features that caught our eye. 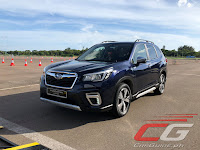 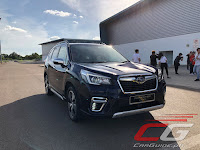 It’s common knowledge that a hybrid vehicle is more fuel efficient compared to its conventional-engined counterpart. The Forester e-BOXER uses a proprietary duel-engine mechanism that utilizes a regenerative braking system. In a nutshell, this means that when decelerating, the system will convert the lost kinetic energy from the combustion engine into stored energy in the vehicle’s electric motor battery.

Following this process, the car will have an “energy reserve” the next time it accelerates. For the e-BOXER, both motors are running at the beginning, but with a bias toward the petrol engine when the vehicle is running at higher speeds, while the lithium-ion motor activates at lower speeds for conservation of fuel.

Subaru says acceleration should be comparable to the larger, 2.5-liter model which means the century mark arriving at about 9.5 seconds. 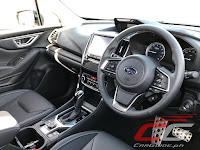 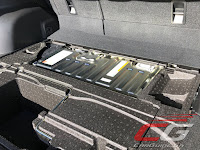 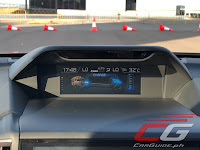 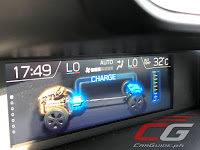 Already migrating to the Subaru Global Platform or SGP, the Forester e-BOXER feels every bit as stable as its conventionally-powered counterpart. At the onset, hybrid drivetrain components do make the Forester heavier, but thanks to its optimal placement, it actually makes the entire package feel just as lithe and agile in the slalom as the regular 2.0-liter Forester. Oh, and at least the extra weight has negligible effect on road feel thanks to the instantaneous torque provided by the electric motor. 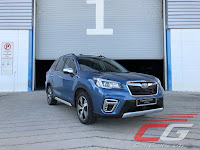 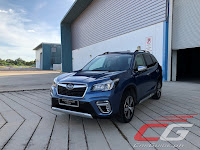 #3. Will We See It in the Philippines?

For a lot of Subaru Forester buyers, this is the most important question.

Though Subaru isn’t the first brand to produce a hybrid model, it’s set a region-wide target of being the first-ever hybrid offering in its segment. In the Philippines, that could mean a launch date within 2019 to 2020 (more likely in 2020).

The reason for the delay is because supply is already constrained. About 40 percent of Subaru Forester sales in Japan account for the e-BOXER model (known as Forester Advance there), so meeting demand there is already hard enough (they’ve sold more than 5 times their monthly sales target).

For now, Motor Image Pilipinas will focus its resources on the launch of the conventional 2019 Forester 2.0i-L and 2.0i-S with EyeSight which launches on January 24, 2019. Once they get the ball rolling with that one, then they can start planning the exact launch date of the Forester e-BOXER.
at 5:30 AM