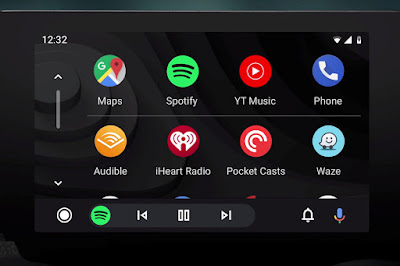 Apple CarPlay users may think they’re getting all the love, but there’s some good news for all Android Auto users out there. Google has announced that in a few months, they’ll be rolling out a completely redesigned version of the in-car smartphone interface.

The newest version of Android Auto now features a “dark mode” by default which helps it blend better with a wide variety of car interiors. Furthermore, there’s now a widescreen optimization mode for cars equipped with wider-than-normal displays.

Moving on, it has a new launcher that closely mimics the app drawer in an Android smartphone. Notably, the screen scrolls vertically versus Apple’s decision to move pages horizontally.

Then, it also has a new navigation bar that stays on the screen and changes function based on what app is running at the time. For example, when Google Maps and a music app is used at the same time, the audio track can be changed without having to leave Google Maps because the navigation bar has audio playback controls on it. Meanwhile, if the music app is located while the navigation is running, direction info takes over the bottom navigation bar. Google says this interface is meant to reduce the amount of inputs and taps because there’s no need to switch apps to reached desired controls or functions.

Google says the latest version of Android Auto begins rolling out by June. In the Philippines, Android Auto was made available officially through the Play Store last October 31, 2018 and supports operating systems from Lollipop upward.
at 2:59 PM

Email ThisBlogThis!Share to TwitterShare to FacebookShare to Pinterest
Filed Under: News, Technology