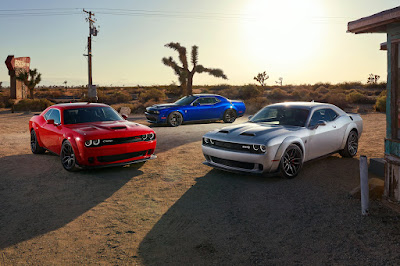 Okay, so everyone knows that the Ford Mustang has retained its crown as America’s (and the world’s) best-selling sportscar. But who’s at Number 2 and Number 3? Hard to believe but a 10-year old car just beat a 3-year old one.

According to a report by the Detroit Free Press, the Dodge Challenger—a car first released in 2008 just beat the Chevrolet Camaro—released in 2016 for the first three months of 2019. The Mustang remains the runaway leader with 16,917 units sold in ‘Murica, but surprisingly, the Challenger sold 13,431 to the Camaro’s 12,083.

Despite being long in the tooth, the Detroit Free Press attributes the Challenger’s continued success due to the sheer variety of available variants. They’ve also kept the product seem fresher than it is by offering special edition models. It’s also worth noting that the Challenger is the only one to offer all-wheel drive as an option. Models named “Demon” and “Hellcat,” have also helped Dodge catapult the Challenger in terms of social media presence and top of mind.

That said, the heyday for these American muscle cars may have already gone by. The report says that in 2015, the Mustang, Challenger, and Camaro sold a total of 372,770 units. Last year, the numbers went down to 273,186. Drilled down further, Mustang sales have remained flat, Camaro sales have declined, and Challenger sales are, surprisingly, up.