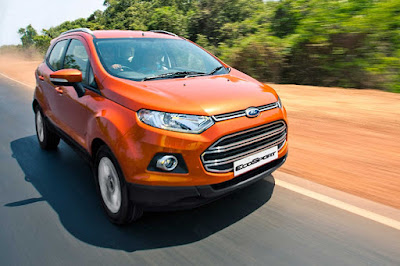 Ford may be facing a potential USD 4 billion (~ P 208 billion) liability concerning its PowerShift dual clutch transmission after indications rose that the American carmaker practically lied about its defects to unload cars with the faulty gearbox only to then blame the drivers for the problems they experienced.

The report from The Detroit Free Press states that 1.9 million unhappy Ford customers said that their car’s transmissions were prone to “shuddering, slipping, bucking, jerking, hesitation while changing gear, premature internal wear, delays in downshifting, and in some cases, sudden or delayed acceleration.”

While Ford settled a class-action lawsuit regarding the faulty transmissions, a nonprofit Washington, D.C.-based consumer group said that the USD 35 million (~ P 1.8 billion) deal “provided a sweet deal for Ford and a raw deal for its customers.”

If this goes through, this is the largest lawsuit against the problematic Ford PowerShift system.

In Australia, Ford has already lost its case there and was slapped with the largest corporate fine due to the company’s “unconscionable conduct” in handling problems with the EcoSport’s dual clutch transmission. The same can be said in Thailand where courts there ruled in favor of 291 Ford Fiesta and Focus owners, slapping a USD 720,000 (~ P 37.59 million) fine against the American carmaker.

In a statement, Jason Levine, executive director of the Center for Auto Safety had this to say:

“There are some basics that we all expect to not have to worry about with our cars: Do they start? Are they safe? Will it drive as if it was built in the 21st Century and not as if it had a transmission built by the first assembly line conceived of by Henry Ford?”

“The thousands of complaints by Ford owners about the transmission problems in these vehicles, and a lack of a comprehensive fix being put forth by the manufacturer, speaks volumes about the way Ford treats its customers.”

In a statement, Ford acknowledged the problem saying, “We took too long to identify the issues and we acknowledge that PowerShift customers did not have complaints handled appropriately. ... We were overwhelmed with the volume of complaints. ... Our processes were inadequate and information provided was either inaccurate or incomplete. We let our customers down and for that we are sorry.”