Kia Wants to Reach the K-pop Generation with Partnership with BLACKPINK. 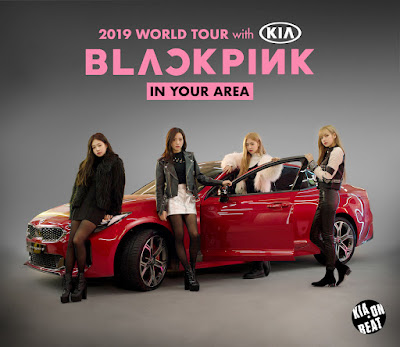 Not to be outdone by sister company Hyundai’s move to use Korean boyband BTS to promote its Palisade SUV, Kia announced that they’ve found a new partner with all-female K-pop supergroup BLACKPINK. Kia will be the title sponsor for the group’s 2019 World Tour.

BLACKPINK is a multinational four-member act that made its debut in 2016 under K-Pop powerhouse YG Entertainment, and has the world’s most subscribed girl group channel on YouTube today.

In partnership with BLACKPINK, Kia is seeking to establish a closer connection to the younger generation through a new K-Pop-inspired outreach campaign. As the title sponsor of the group’s first-ever World Tour, Kia will hold a series of experiential events throughout the duration of the tour, giving local fans the opportunity to meet their favorite K-Pop stars face-to-face. The World Tour runs from January 2019 on a global scale including the Philippines on February 2, 2019.

Kia plans to engage customers through various social media channels and offer exclusive chances to participate in send-off events during which they can meet members of BLACKPINK in-person and receive gifts like signed CDs.

Kia will also provide vehicles to support BLACKPINK during the World Tour while also featuring the Stinger performance sedan alongside BLACKPINK members in special promotional videos.

Kia will also operate special exhibition booths at each stop on the tour calendar where it will display its newest vehicles and present exclusive photo zones for a more engaging customer experience.

The partnership with BLACKPINK is the first in a series of collaborations Kia will announce with K-Pop superstars this year as the brand seeks to engage with music fans.  In the coming months, the company will announce additional collaborations with various K-POP artists.
at 6:00 AM