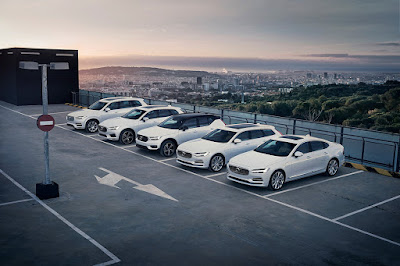 Volvo Cars set a new global sales record in 2018, breaking the 600,000 sales milestone for the first time ever since the company was founded in 1927. The company’s sales rose 12 percent to 642,253 cars in 2018, compare to the same period the year before. This is the fifth consecutive year of global sales record for Volvo Cars.

The new sales record in 2018 underscores strong demand for Volvo’s renewed product portfolio, led by its award winning SUV line-up, across the core regions of US, China, and Europe. In December the company sold 60,157 cars, up 2.8 percent compared to a year before.

In the January to December period, US sales grew by 20.6 percent to 98,263 cars. The strong performance came on the back of a growing demand for its SUV line-up, led by the XC60. The made-in-the-US S60 cars have also started reaching dealerships and should contribute to volumes in 2019. In December, Volvo Cars sold 8,826 cars in the US market.

Email ThisBlogThis!Share to TwitterShare to FacebookShare to Pinterest
Filed Under: News, Volvo Corporate