This Hyundai is Now Part of the Million-Mile Club 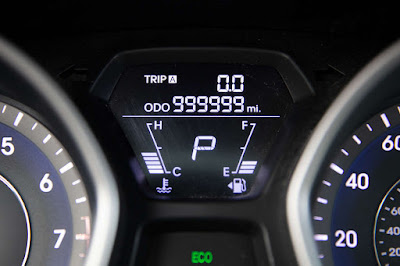 In just five years, a delivery driver from Olathe, Kansas drove her 2013 Hyundai Elantra one million miles. Farrah Haines is a proud Hyundai owner who drives about 200,000 miles (321,868 kilometers) a year delivering auto parts and products.

Since most digital odometers stop before one million, Hyundai joined her as she hit her epic milestone and presented her with the first-ever 1 Million Mile Emblem and added it to her odometer.

According to Hyundai, Farrah’s achievement is a testament to the quality of their vehicles given her Elantra still has its original powertrain.

Moving forward, Hyundai expects more of its vehicles to reach the one-million-mile club and for that, they have crafted a 1 Million Mile Emblem. It’s now a genuine Hyundai part and will only be installed in vehicles which have reached that milestone.
at 8:00 AM