Is Subaru Teasing a New High-Performance Model to Join the WRX STI and BRZ? 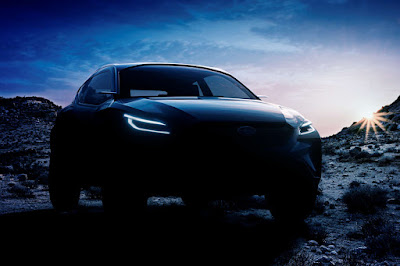 Subaru may be working on expanding its high-performance vehicle range outside the sports sedan and sports coupe mold.

At the upcoming Geneva International Motor Show in March, the Japanese carmaker is showing off its latest VIZIV or Vision for Innovation Concept car: The VIZIV Adrenaline Concept.

As with any other VIZIV Concept before it, the VIZIV Adrenaline Concept will be a forward-thinking model that’ll serve as Subaru’s design or technological test bed. That said, it won’t necessarily form the basis of a brand-new model, but certain cues will, without a doubt, trickle down to production vehicles. Hopefully, something along a go-fast off-roader similiar to the Ford Ranger Raptor (admittedly, Subaru can tap into their World Rally heritage for this one).

Based on the single teaser imagine showed, the VIZIV Adrenaline Concept looks to have sporty silhouette, with the door cutline suggesting a three-door hatchback. It also looks to marry some SUV styling cues as evidenced by the high ride height and aggressive-looking fenders. It doesn’t look to have Subaru’s traditional hood scoop, but upon closer inspection, it does have two intercooler scoops suggesting a turbocharged setup.

Whether this signals a high-performance Subaru XV or Forester in the future, or perhaps an all-new model line remains to be seen. Regardless, the wait won’t be that long since the Geneva Show starts the first week of March.
at 10:23 AM