Is Kia Philippines Going to Launch a Sub-P 900,000 Crossover? 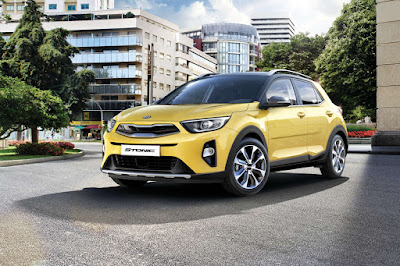 At the Soluto’s official public launch in Cagayan de Oro, Mr. Manny Aligada, President of Kia Philippines dropped more hints as to what model the Korean automaker has in store for their second unboxing event at the Manila International Auto Show in April.

Now under AC Industrials Corporation, a wholly-owned subsidiary of Ayala Corporation, Kia is set to unveil three never-before-seen vehicles throughout 2019. The first one was revealed to be Soluto sedan, Kia’s entry into the second largest segment in the Philippines: the sub-B segment passenger car market.

For the second vehicle, Mr. Aligada gamely dropped three hints as he addressed the crowd during his welcoming remarks:
After some sleuthing, there are actually only two vehicles that fit that description and that’s the Stinger and the Stonic. All other Kia vehicles starting with the letter, “S” are already here: Soul, Sedona (aka Grand Carnival), Sportage, and Sorento.

Of course, all car enthusiasts would certainly love to have the rear-wheel drive Stinger fastback and surely, Kia can benefit from having a sporty halo car. It’s entirely possible too, given its produced in South Korea.

That said, the Stonic is what they’ll need to drive their sales towards the planned 10,000-vehicle mark in 2019. An amalgam of “Speedy” and “Tonic,” it was launched in Europe in the last quarter of 2017. Since then, it’s already become Kia’s fourth best-selling nameplate, fulfilling Mr. Aligada’s third clue.

The most convincing signal is the fact that the Stonic is actually assembled at Kia’s China joint-venture with Dongfeng, alongside the Soluto. Known as the “KX1” in China, it’s primarily the same vehicle as the Stonic but sports different bumpers. It shares the same engine as the Soluto, but comes mated to either a 6-speed manual or 6-speed automatic.

Aside from this second unboxing at MIAS, the last vehicle unboxing is slated for the third quarter of 2019.
at 3:02 PM