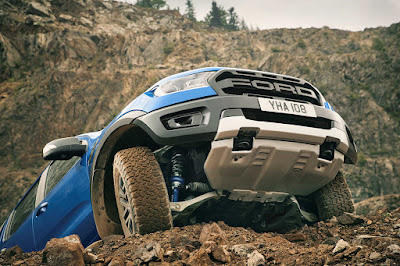 Ford and Volkswagen are deepening their global alliance in order to improve their competitiveness and cost and capital efficiencies. The tie-up includes Ford using Volkswagen’s all-electric MEB platform, Ford taking the lead on developing a new global pickup platform, and both companies investing in autonomous driving technologies.

The two automakers become the largest shareholders in Argo AI, a tech startup that has been developing fully autonomous vehicles for ride-sharing and goods delivery services. Their large geographic footprint enables them to potentially fast track the deployment of self-driving cars in more areas around the world.

In addition, Ford will use Volkswagen’s Modular Electric Toolkit or MEB platform to deliver more zero-emissions vehicles, particularly in Europe. The American carmaker says they plan to deliver more than 600,000 vehicles using the MEB architecture over 6 years, with a second all-new Ford model for European customers currently under discussion.

The announcement also reveals the first details of the next-generation Volkswagen Amarok which will now be based off the Ford Ranger. Ford will spearhead the development of the next-generation pickup truck for role out in Europe, Africa, the Middle East, South America, and the Middle East by 2022. Ford will also take the lead in developing large commercial vehicles, while Volkswagen will do the work on small city vans.

The Ford-Volkswagen alliance will not entail any cross-ownership between the two companies. However, it will be governed by a joint committee composed of senior executives from both companies.
at 10:44 AM