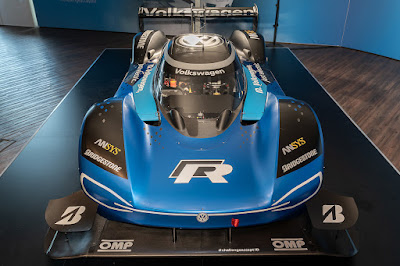 Volkswagen has successfully unlocked the potential of electric cars with its state-of-the-art ID.R, breaking the 20-year hill climb record at this year’s Goodwood Festival of Speed.

Driven by two-time Le Mans 24 Hours-winner Romain Dumas, the hillclimb record is the third landmark for the all-electric machine. The ID.R established a new electric vehicle lap record around the famous Nürburgring Nordschleife, with a time of 06:05.33 minutes in June (it’s the second fastest vehicle there as well), to add to its outright record on the Pikes Peak International Hill Climb in Colorado, USA, (07.57.15 minutes) set in June 2018.

With a further year of development behind it, the all-electric ID.R produces 670 horsepower and 650 Nm of torque, and weighs less than 1,100 kilograms with the driver onboard. It can accelerate to 100 km/h in just 2.25 seconds and tops out at 270 km/h.

Staged every summer since 1993, the Goodwood Festival of Speed is the world’s largest automotive garden party; set against the spectacular backdrop of Goodwood House in West Sussex, UK. Over 600 cars and motorcycles spanning the phenomenal history of motoring and motor sport take part with some of the most legendary figures from the sport as well as international celebrities regularly attending.
at 5:00 AM