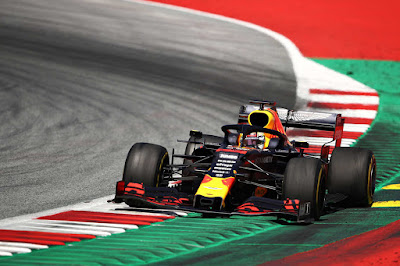 Honda marks its return to the top step of the Formula 1 podium with a win at the 2019 Austrian Grand Prix. Driving for Aston Martin Red Bull Racing that uses the Honda RA619H power unit, Max Verstappen won the race in spectacular fashion.

“Formula One was our founder Soichiro Honda’s dream and it is in our company’s DNA. We went through some tough times over the past five years on the race tracks and in the factory. I am speechless when I think about the enormous effort from all the Honda staff involved in this project, who always believed in themselves and never gave up and finally reached today’s victory. I think this embodies our ‘Power of Dreams’ motto,” said Takahiro Hachigo, Chief Executive Officer, Honda Motor Co., Ltd.
at 10:35 AM