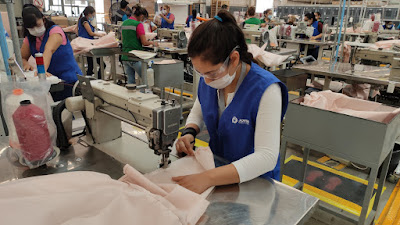 Last time, Ford was looking at using car parts in the production of much-needed respirators in the fight against COVID-19. Now, they’re expanding that by using airbags to produce Personal Protective Equipment or PPE gowns.

Teaming up with airbag supplier Joyson Safety Systems, Ford will quickly ramp up production and produce up to 75,000 gowns by April 19. After that, it will scale it up to 100,000 per week. All in all, Ford and Joyson will produce 1.3 million gowns, the design of which is tested by the U.S. government and is reusable up to 50 times.

Ford fast tracked the development of these reusable PPE gowns.

Ford has also started ramping up production on much-needed PPEs in its other plants around the world. Face shield production has now started at Ford facilities in Canada, India, and Thailand as well.
at 9:40 AM