The True Story Behind the Volkswagen Santana, Lavida, and Lamando

Europeans love hatchbacks like the Golf, which has spent over four decades at the top of the sales charts. Yet, in contrast, the world market is still dominated by compact sedans. In Volkswagen’s case, they account for almost one third of global sales with 1.6 million sold in China alone.

Understanding that Asian tastes differ from European ones, Volkswagen says they can’t simply to do a “cut-and-paste” method—selling just one vehicle to a global audience. Flexing their design and engineering expertise, they’ve taken the liberty to create cars which are tailor-made to Asian tastes and sensibilities.

Through the joint venture with SAIC for example, Volkswagen has managed to localize their products for the Chinese market, similar to how Honda or Toyota has done to gain a strong presence in Southeast Asia. At a glance, here are the three products that helped them grow in the world’s largest single market: 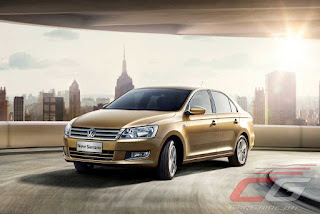 This successful Chinese model also has nothing in common with the angular original Santana, which was based on the second-generation Passat—a familiar sight in 1980s Germany. While it hasn’t been available in Germany since 1985, its production continued in China. Since 2013, it’s moved to a completely independent design developed specifically for the Chinese market. Powered by a 90-horsepower 1.4-liter MPI engine with the 5-speed manual or a 110-horsepower 1.5-liter BlueMotion with the 6-speed automatic, some 245,000 units were sold in China last year alone. 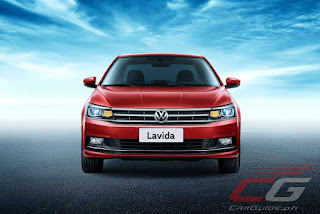 Another model that’s available only in China, it has been specially developed to cater for the preferences and requirements of customers in the Asian market. It packs a turbocharged 1.4-liter 4-cylinder engine with 130 horsepower married to a 6-speed dual clutch automatic for the Philippine market. It may not be a household name locally, but it’s the most successful nameplate of all manufacturers in China, selling 491,000 examples in 2019 alone; putting that into perspective, that’s roughly two percent of the entire Chinese automotive market. 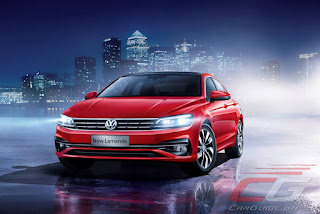 Produced by SAIC-Volkswagen as a “four-door coupe,” the Lamando rides on the automaker’s latest MQB platform. Designed to look planted and “flat,” it comes with a 150-horsepower 1.4-liter TSI engine mated to a Direct Shift Gearbox (DSG) in the Philippines. Because it shares its platform with the Golf GTI, a sportier GTS version is available in China, packing the same 220-horsepower 2.0-liter TSI engine. More than 101,000 units of the Lamando were delivered in 2019.

The Volkswagen Group produces vehicles for the Chinese market together with two joint ventures in China—one with SAIC, and the other with FAW. Together with their youth-oriented Jetta brand, they delivered 3.16 million vehicles in total last year making them the best-selling brand in the most competitive car market in the world.

It’s easy to complain that the Santana, Lavida, and Lamando nameplates aren’t the Polo, Jetta, and Passat that Europeans get, but the same could be said with the Brio, City, Yaris, and Vios—they too were designed primarily with the Asian market in mind. On the flipside, it’s also the reason why Ford’s “One Ford” strategy didn’t pan out, especially in China.

Volkswagen understands that tastes vary from market to market, region to region, and carmakers must allow some wiggle room for local customization. By blending European and Asian sensibilities, they carry a certain level of design, engineering, and quality. Yet, the vehicles are also truly unique for the Asian market—designed and engineered with this setting in mind.
at 9:42 AM