Hyundai's Making a "Hot" Version of the Kona SUV 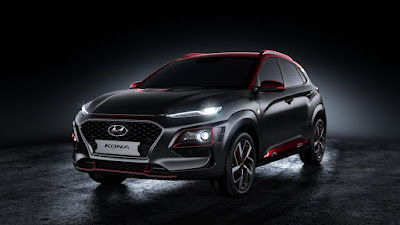 While Subaru’s been busy making their Forester more mainstream (i.e. boring), Hyundai is heading in the opposite direction. Aside from giving their Tucson the N Line treatment, the Korean carmaker is gearing up for a Kona N.

At this point, Hyundai hasn’t revealed solid details about the Kona N, but several prototype mules have been spotted running around not just at its namesake, the Nürburgring racetrack, but at snow-packed test circuits as well. With that, it’s likely this high-performance variant of the Kona will pack all-wheel drive.

As for the powertrain, speculations have been running wild to include a new 2.5-liter Theta III Smartstream engine putting out 300 horsepower. However, at this point sharing the Veloster N’s 250-horsepower 2.0-liter unit seems like a safer bet.

Additional grunt aside, the Kona N will carry beefier brakes and larger wheels.

The Kona N also looks to paint the sub-compact crossover’s trademark cladding in body color while also sprouting a larger rear spoiler. Exposed dual exhaust will complete the changes outside.

With the prototypes looking to be close to production ready, the Kona N is expected to bow sometime late this year as a 2021 model.
at 10:34 AM