From Niche to Mainstream: How the Toyota RAV4 Created the Compact Crossover Segment 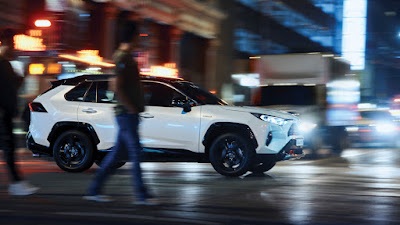 When the first-generation Toyota RAV4 was revealed at the Geneva Motor Show in March 1994, few could have anticipated how this new concept would reshape the automotive industry. Since then, it ignited a whole new market for compact, agile, and versatile compact crossovers—SUVs ideally suited to modern life.

The RAV4 was an original, heralding a new era for SUVs and the response was immediately positive. From the outset, it was a global model: sales started in Japan in May 1994, followed by Europe, Africa, Australia, and Latin America the following month. Its North American debut came in January 1996. 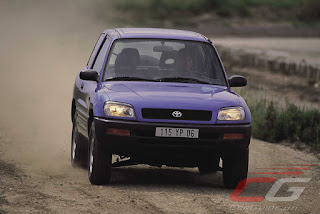 Initial production estimates were for 4,500 sales a month, but when 8,000 orders were taken in the first month alone, production volumes were doubled. RAV4 paved the way for a whole new SUV segment that has not stopped growing since: more than a quarter of a century on from its debut, RAV4 was the world’s best-selling SUV in 2018 and 2019, and in 2019 was the fourth best-selling passenger car overall.

The ideas behind the RAV4 (Recreational Active Vehicle with 4-wheel drive) were first expressed in the RAV-FOUR concept car at the 1989 Tokyo Motor Show, indicating Toyota’s interest in creating a compact all-wheel drive model. This was just a design study, with none of the detail required for an actual development model, but it gained an enthusiastic welcome from the public. In 1991, the project was given the green light and development work began. 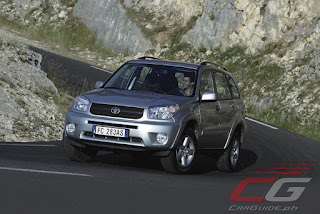 The Chief Engineer for the RAV4 project, Masakatsu Nonaka, found that it wasn’t easy to convince other Toyota departments that a new mass-production car should be created in a market segment that didn’t yet exist. The term “Sports Utility Vehicle” was still unknown and there were many within Toyota who simply couldn’t grasp the concept of such a compact 4x4. In fact, internal resistance even stalled the project at one point, but support from an unexpected quarter gave it new life.

Toyota’s Japanese and European sales divisions, being in close contact with market, believed the time was right for this type of car. Together they put the project back on track, and they were proven right: very soon after the RAV4’s launch it was being widely acclaimed as a new trendsetter. 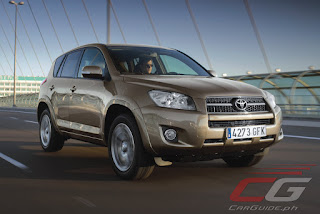 The compact SUV market that Toyota created quickly flourished. Toyota sold around 53,000 RAV4 in 1994, doubling, then tripling the total in the next two years. Sales continued to grow with each successive generation, even as almost every competitor manufacturer brought their own models to the market. In 2019, global RAV4 sales were more than 17 times the total achieved in the model’s first year.

This enduring success owes much to Toyota’s constant improvement of the product. With each new generation, it has listened to the comments of motorists and adapted the vehicle’s size, functionality, performance, and styling to meet the market’s changing preferences and requirements. 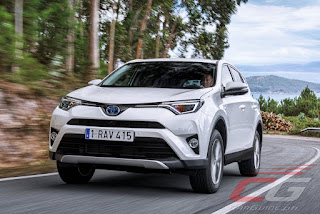 For example, the third generation saw the spare wheel moved from its position on the back door, giving the car a more sophisticated appearance. And with the fourth generation, the wheelbase was standardized worldwide. The three-door model had been discontinued earlier so that now RAV4 was exclusively a five-door vehicle and more spacious than ever before.

Toyota also kept RAV4 technically advanced, introducing new vehicle platforms and developing intelligent all-wheel drive systems that combined better handling with more efficient performance, both on-road and off. Even during the lifetime of the first-generation model, Toyota recognized that all-wheel drive was not a requirement for all customers, and so expanded the model’s appeal with the option of two-wheel drive. 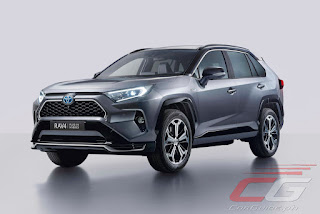 Where powertrains were concerned, the choice was tailored to suit the demands of different world markets, including gasoline and diesel engines, and even hybrids. Again, the focus was on efficiency and performance appropriate to the vehicle’s role as an urban SUV, equipped to accommodate families, or as an ideal partner for people who enjoy active lifestyles.

The most current RAV4 is the first SUV to be built on Toyota’s TNGA GA-K modular platform. With a low center of gravity and significantly greater body rigidity, it contributes to better handling, a more spacious interior, and class-leading space. Their work paid off handsomely by winning the 2019-2020 Japan Car of the Year.
at 10:54 AM