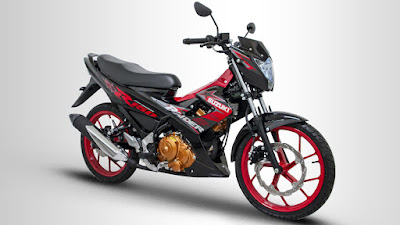 Known as a manufacturer of motorcycles, automobiles, and outboard motors, Suzuki Motors is celebrating its 100th anniversary this year, but little do you know that Suzuki Philippines is also celebrating its own milestone this year.

Suzuki started out making loom machines in 1902, 22 years earlier than another loom machine turned automaker—Toyota. Founded as Suzuki Loom Works in 1902 in Hamamatsu, Shizuoka Prefecture in Japan by innovator and inventor Michio Suzuki, it moved to making motorcycles in 1954. In 1955, they made Japan’s first automobile—the Suzulight.

But as the fourth largest Japanese automotive brand celebrates its 100th anniversary, Suzuki Philippines is also celebrating its 35th year in the country. It holds the distinction of being the only integrated company that carries motorcycles, automobile, and outboard motor Suzuki products in Asia.

With 68 dealership groups and a network of 3,079 shops, Suzuki Motorcycle has successfully dominated the underbone market with the Smash and Raider. Selling 196,116 units last year, the Smash is touted as the number one selling underbone in the Leisure category. Meanwhile, the Raider R150 is acknowledged as the “Underbone King” for being the highest selling model in the Underbone Sport category with 144,141 units sold. Both models have sold more than double their competitors over the years.

Meanwhile, solidifying its presence in the automotive segment with a 21.17 percent increase in 2019, Suzuki Automobile has steadily captured market share. Jumping three places to now becoming fifth in the Philippine market, the boost in sales was the realization of the company’s aggressive efforts throughout 2019, leading to top models Ertiga, Vitara, and Celerio becoming some of the market’s most enjoyed vehicles of the year.

The newest addition to Suzuki Philippines is the Outboard Motor or Marine business. With 6 dealerships, it has achieved 205 percent sales growth in 2019. Through aggressive sales and after sales efforts, they’ve managed to turn heads in the business.
at 11:18 AM