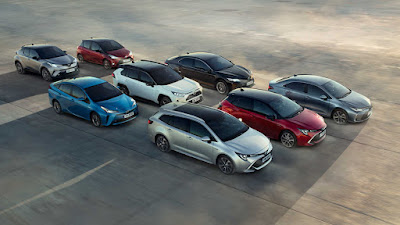 In January 2020, Toyota achieved an important milestone by selling more than 15 million hybrid electric vehicles (HEV) globally since the launch of the first-generation Prius in 1997.

Today, the range of available hybrid electric vehicles from Toyota and Lexus reaches 44 models, far eclipsing the original flag-bearer that remains the symbol of the company’s early and visionary foray into mass electrification.

Toyota’s decision to develop hybrid electric vehicles started over 25 years ago when Takeshi Uchiyamada led a team to develop a car for the 21st century, one which would reduce greenhouse gas emissions and other harmful pollutants.

The first-generation Prius was launched in 1997 around the time of the Kyoto Protocol signing, which gave new momentum to the environmental movement. Today, 15 million hybrid sales later, Toyota has made a significant contribution to the environment as its hybrid electric technology has reduced CO2 emissions by more than 120 million tons worldwide to date compared to sales of equivalent petrol vehicles.

Across this period, Toyota has seen demand for its hybrid electric vehicles soar as the company has combined this innovative technology with the roll out of its next-generation TNGA global platforms. Beyond the current 4th generation hybrid system, Toyota is continuing to refine its hybrid technology to achieve even lower emissions and ever-better fuel efficiency.
at 9:13 AM