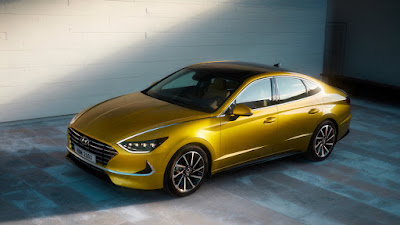 Hyundai Group Design Chief Luc Donckerwolke is leaving the Korean automaker group for undisclosed personal reasons. The Belgian behind the current Palisade, Sonata (pictured), and even the Le Fil Rouge Concept has stepped down with immediate effect.

The news comes from Automotive News which happens to get an internal note detailing Donckerwolke’s decision to step down.

Donckerwolke took over from Peter Schreyer who has since stepped back from day-to-day operations in 2018. During his tenure at Hyundai Group, he was responsible for creating the three distinct designs for Hyundai, Kia, and Genesis.

The report says Donckerwolke is leaving the company on very amicable terms, with no current plans to join another carmaker. Before joining Hyundai Group in 2015, he spent 23 years under the Volkswagen Group penning cars such as the Audi A2, Lamborghini Murcielago, and Bentley Continental GT.

Design for Hyundai and Genesis will continue to be led by SangYup Lee, while Kia remains under the leadership of Karim Habib. Donckerwolke’s position won't be filled right away says Hyundai Group.
at 11:50 AM

Email ThisBlogThis!Share to TwitterShare to FacebookShare to Pinterest
Filed Under: Hyundai Corporate, News