Toyota Just Made Its 10 Millionth RAV4 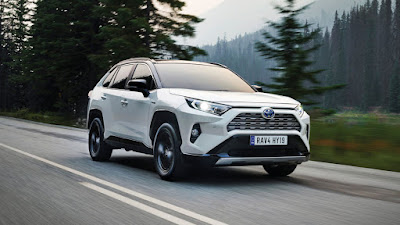 The RAV4 has joined the ranks of Toyota models that have achieved eight-figure sales. Cumulative figures for the compact SUV passed 10 million at the end of February this year, spanning five generations of the vehicle manufactured since 1994.

As a global Toyota model, the RAV4 has gone from strength to strength since its launch. Having originated the market segment for new kind of compact, agile, recreational SUV, it has continued to set standards, with sales reaching new heights.

The most recent RAV4 marks an important evolution with the introduction of the new RAV4 Plug-In Hybrid. Not only does this offer emissions free driving, but with 302 horsepower, it satisfies the craving of the most discerning speed freak. 0-100 km/h arrives in around 6 seconds, while delivering a pure electric range of 62 kilometers.
at 10:50 AM