We Now Know How Much the Mazda 100th Anniversary Models Cost 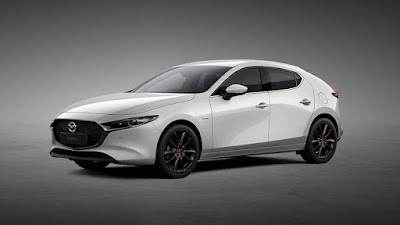 A few weeks ago, Mazda dropped a huge surprise in showering their entire line-up with the 100th anniversary treatment. At the time, the Japanese carmaker revealed all sort of info except for one: the price. They said that the pricing will be made available “at a later date.” Well, that “later date” is now, because we now know how much they cost.

As a refresher, the 100th Anniversary Special Edition encompasses the entire Mazda line-up from the Mazda2 all the way to the MX-5 RF.

It’s purely an aesthetics package that hark back to Mazda’s first passenger car, the R360 Coupe. It adopts a two-tone interior color scheme in white and burgundy. Moreover, it has various components such as the headrests, floor mats, key fob, wheel center caps, and special exterior emblems all emblazoned with the special 100th Anniversary logo. The only color available is Snow Flake White Pearl.

With that in mind, Mazda has now released the pricing of the 100th Anniversary Special Edition package in Japan. Depending on the exact model, prices are up anywhere between 2 to 12 percent compared to a similarly speced non-anniversary model.

Smaller models such as the Mazda2 and CX-3 get the heftiest increase, 11 and 10 percent respectively, no doubt because of the special burgundy leather treatment. More premium models like the CX-5, Mazda6 and the MX-5 stay relatively flat with an increase of just 2 to 5 percent.

For now, Mazda’s exclusive Philippine distributor, Bermaz Auto Philippines can’t comment on the availability of the 100th Anniversary models locally. Having said that, expect them to offer it as a limited-edition model not unlike the MX-5 30th Anniversary Edition.
at 4:17 PM

Email ThisBlogThis!Share to TwitterShare to FacebookShare to Pinterest
Filed Under: Mazda Corporate, News