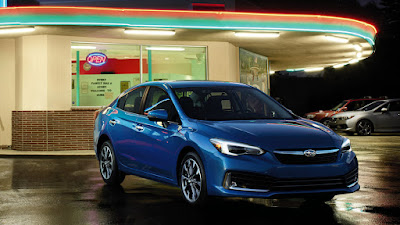 The global COVID-19 pandemic has claimed another victim: the refreshed 2020 Impreza. Previewed at the Singapore Motor Show last January (alongside an infamous tricked out Forester), Subaru’s compact car was expected to bow in (or at least previewed) at the Manila International Auto Show (MIAS).

But now it comes out that even before MIAS’s postponement, a re-shuffling of production schedules over at Subaru’s Japanese plants meant that the well-loaded Philippine spec model has been pushed down the order list, prompting its launch delay. Even after the lifting of the Enhanced Community Quarantine, it’s understood that the 2020 Impreza may not be readily available as Subaru Japan is halting production until May 1, 2020.

Previously, Motor Image Pilipinas, the exclusive distributor of Subaru vehicles in the Philippines confirmed that the 2020 Impreza will only be made available as a 4-door sedan locally, because Subaru Japan does not offer the 5-door hatchback in a trim suitable for the local market. It’s understood that the 5-door hatchback is available as a base trim 1.6-liter model only; not matching Subaru’s premium positioning locally.

Motor Image Pilipinas has confirmed though that once Japan ramps up production of the Philippine spec model, they will make the 2020 Impreza available on an indent order basis, similar to the Legacy executive sedan. The refreshed compact sedan is expected to carry a higher level of equipment, including Subaru’s trademark EyeSight driver assist system. However, no indicative pricing has been announced yet.
at 11:22 AM