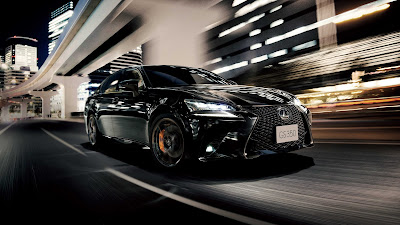 After 27 years and four generations, Lexus is bidding adieu to its sporty GS sedan this August. And with Toyota’s announcement of the model’s discontinuation, they’re sending it off in style with this special “Eternal Touring” edition.

The Eternal Touring takes the GS F Sport models and adds “F” goodies such as black inserts in the spindle grille, wheels, door mirrors, and rear spoilers. For the GS350 and 450h, it adds orange brake calipers as well.

Inside, the Eternal Touring takes inspiration from the high-performance GS F model and adds tons of Alcantara (with red stitching). The changes are capped off by carbon fiber on the instrument cluster, center panels, and doors.

The current Lexus GS was launched in 2012 when it adopted the now iconic spindle grille. During its development, the carmaker drove it around the world including the Nürburgring, accumulating a million kilometers in the process.