Mazda Confirms That Rotary Engine Will Return in MX-30 SUV 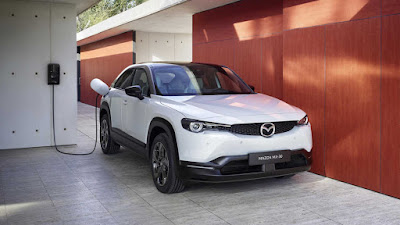 As part of its 100th anniversary, Mazda has been busy tugging at nostalgia such as coming up with models inspired by the R360 and also highlighting one of its crowning achievements: the mass-production of the rotary engine.

On the surface, the Mazda PR seems innocuous enough, talking about the history of the RX-7. However, there are a couple of lines that stick out and we’ve taken the liberty to highlight it for you below:

“…the company developed a prototype Mazda2 EV with a small single-rotor engine used as a range extender. A similar system could find its way onto the Mazda MX-30...”

Mazda’s continued development of the rotary engine is no secret, but this is the first time we’ve gotten official confirmation from the Japanese carmaker as to its layout and application.

As the company’s first all-electric vehicle, the MX-30 packs an in-house developed battery-driven powertrain called e-Skyactiv. Together with a 35.5-kWh lithium-ion battery, it has a range of about 209 kilometers. Once fitted with the rotary engine as a range extender though, range is expected to more than double. Moreover, Mazda says a rotary engine is perfect as a range extender because it’s quiet, vibration-free, and extremely compact.
at 8:00 AM