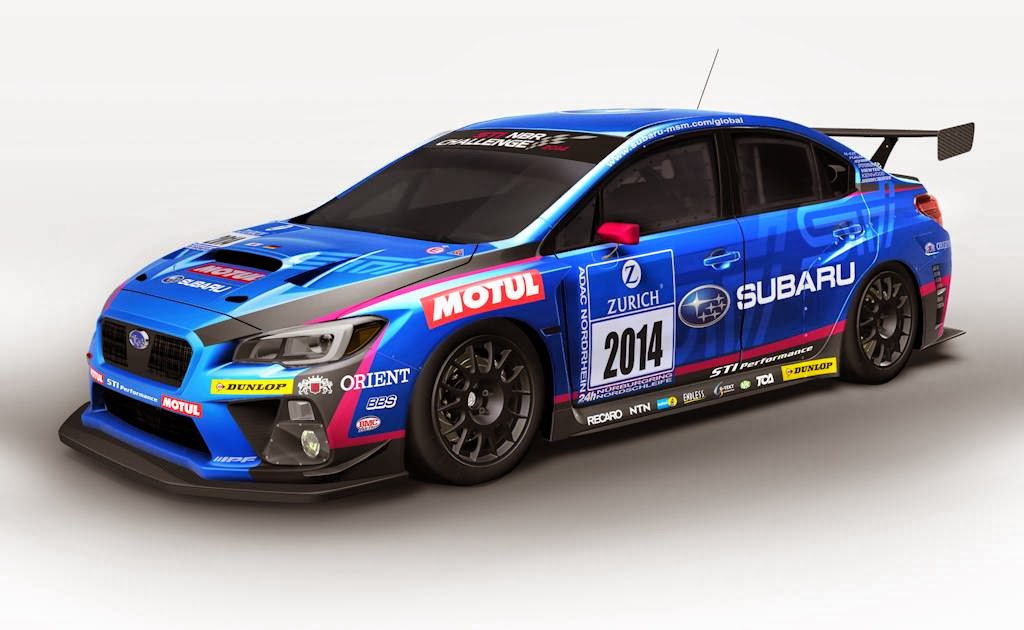 Even before its unveil at the 2014 North American International Auto Show (NAIAS), Subaru has revealed that its all-new Subaru WRX STI is going racing. It’s going to compete in the 2014 Nürburgring 24-Hour Race slated for June 19-22. Subaru and its in-house tuning arm, Subaru Technica International (STI) aims to win its third victory in the SP3T class following its win in 2011 and 2012.

The Subaru WRX STI Nürburgring 24-Hour Race race car is based off the production WRX STI but further enhanced by STI to boast a higher level of competitiveness. The announcement comes without any sort of specification that the race car will have. Like last year, Hideharu Tatsumi will take the helm of team operations as team manager, in addition to the development of the car. As for team drivers, Toshihiro Yoshida and Kouta Sasaki both from Japan will be listed, adding two more drivers from Europe.

The announcement is a lead up to the Tokyo Auto Salon 2014 where Subaru and STI will outline its motorsports program for 2014. Aside from Subaru and STI’s participation at the Nürburgring 24-Hour Race, it will compete in the Super GT Series with the Subaru BRZ GT300. Subaru will also continue to support privateer teams who will participate in the FIA World Rally Championship 2 (WRC2) and the European Rally Championship (ERC).