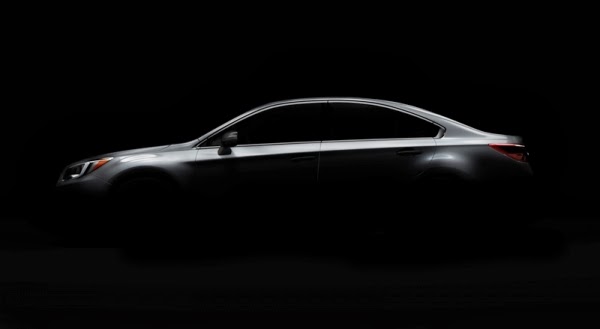 UPDATE: We have all the info and specs here.

Subaru has released a teaser photo of their all-new Legacy which will make its global debut at the 2014 Chicago Auto Show on February 6.

According to Subaru, the all-new Legacy is a sports sedan that promises enhanced drivability and functionality while achieving a design required for a flagship model with a quality feel. The styling is said to be fused with increased roominess and visibility. It also embodies the design direction proposed by the Legacy Concept.
at 10:19 AM