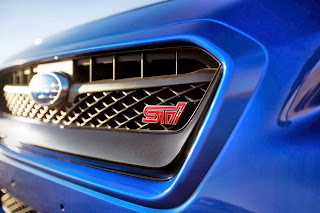 After countless renders, leaks, reports, and even a reveal of its racing version, Subaru has finally pulled the curtains off the all-new 2014 Subaru WRX STI, and based on the official information, they seem to have concentrated on giving their flagship performance sports sedan better handling. After all, it was designed with “Pure Power in Your Control” as its motto.

Instead of stroking its all-new FA20DIT engine as originally speculated, the all-new WRX STI carries on with the same 2.5-liter turbocharged flat-4 in the current WRX STI. This means the WRX STI develops a healthy (though unchanged) 305 horsepower at 6,000 rpm and 393 Nm at 4,000 rpm. Though this fact will sadden some who prefer an all-new powertrain, the fact that it’s the same EJ25T engine as the current GVF model means more tuning potential straight out of the box. The 2014 WRX STI also carries on with a 6-speed manual (no automatic, CVT, or dual-clutch here) that’s been further reinforced with better feedback and shorter throws. 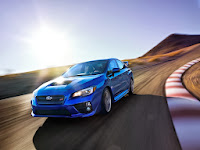 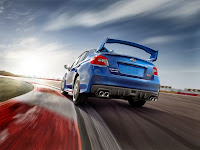 Though the engine is unchanged, Subaru engineers concentrated on handling and put the all-new WRX STI through various driving and testing conditions including the Nurburgring, the “Green Hell”. As a result, the WRX STI has a lighter yet more rigid body. Various chassis reinforcements have been done on both the body and suspension. The steering system has a quicker steering ratio while the Active Torque Vectoring system and Multi-Mode Vehicle Dynamics Control makes handling even better. The trademark DCCD (Driver’s Control Center Differential) is carried over.

Design-wise, the WRX STI is clearly a beefed-up WRX. The front features the new Subaru design motif—the hexagonal grille as well as the “hawk-eye” headlights with LED lighting for both headlights and tail lights. At the back, quad tail pipes and the trademark large rear wing remain. New 18x8.5 alloy wheels are lighter and shod with 245/40R18 tires on all four corners. New colors, Crystal White Pearl and WR Blue Pearl (replacing the WRC Blue Mica) make their appearance.

Riding on an all-new platform, the WRX STI has a 25 mm longer wheelbase resulting in better rear leg room. Both front and rear door openings have also been enlarged to make ingress/egress easier. Aside from more room, the WRX STI features a higher-quality interior with carbon fiber trim panels and soft touch plastics dotting the cabin. The D-shaped steering wheel, revised instrumentation with a 3.5-inch LCD display, and a multi-function display complete the change.

Now Subaru of America has released a soft copy of the WRX STI's brochure. And look where it's comparing the performance of the all-new model. The Mitsubishi Evolution X and Volkswagen Golf R, yes, those are obvious. But even the Audi A4 2.0T and the BMW 335i xDrive? Now that's guts. 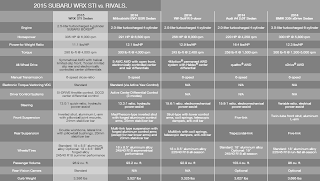