Audi showed off their newest concept car, the Allroad Shooting Brake that is supposed to “combine a host of visual elements of future sports car models with the Audi-typical allroad concept and ‘shooting brake’ car body form.” This could likely mean that the Allroad Shooting Brake could preview what the next-generation TT and the Q1 would look like. 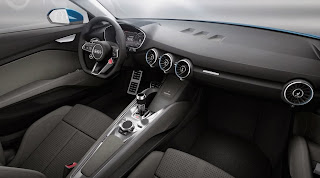