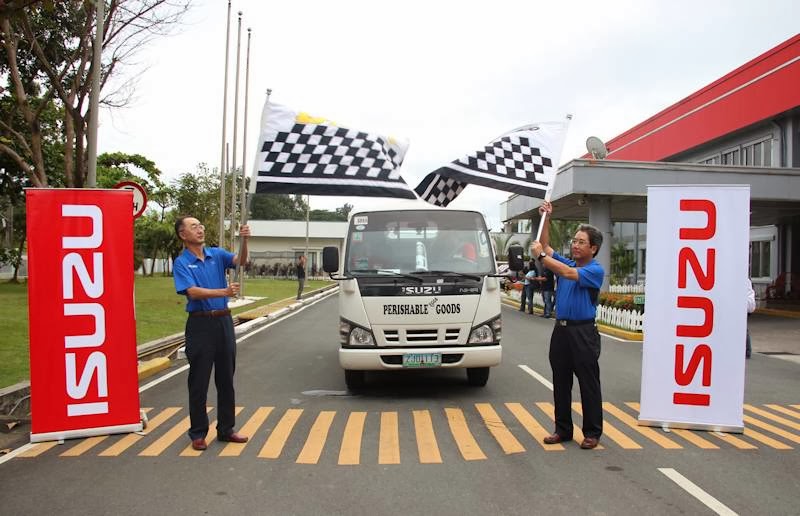 Held on December 7, variants of the popular N-Series—the Philippines’ best-selling light-duty trucks for 15 consecutive years, according to combined figures released by the Chamber of Automotive Manufacturers of the Philippines Inc. and the Truck Manufacturers Association—indicated how miserly fuel consumption can cut expenses, maximizing income potential for the companies that use them. The N-Series trucks’ engine efficiency can also impact the social responsibility initiatives of companies by way of reducing emissions that pollute the environment.

“Being a committed responsible partner to our valued customers and to society, Isuzu has always given high importance to fuel efficiency in our products because we know the value of your hard-earned money and your concern for the preservation of the environment,” said Isuzu President Nobuo Izumina to the representatives of the various companies who participated in the 2013 Isuzu Truck Fuel Eco Run Challenge. 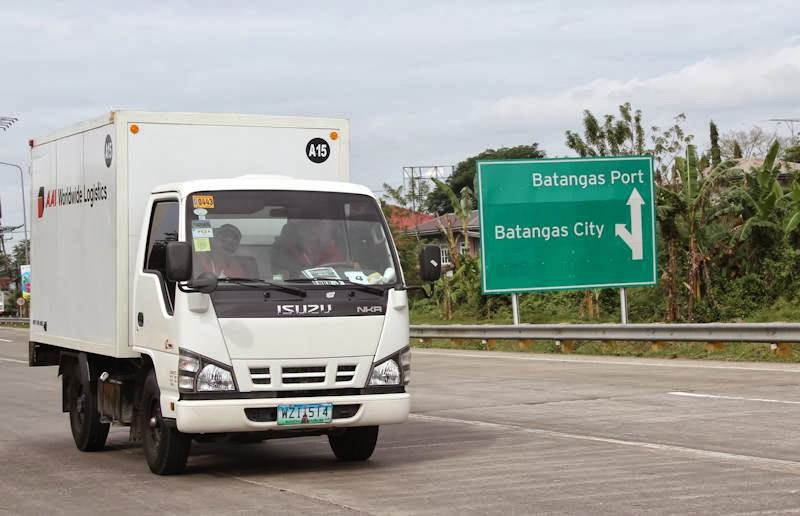 This edition of the event saw 15 N-Series trucks topping up their fuel tanks with diesel at a Shell Station in Santa Rosa City, near Isuzu Philippines’ manufacturing plant at the Laguna Technopark.  They were then flagged off and were driven at normal speed toward the South Luzon Expressway and to the Star Tollway’s Batangas City exit. From there, the trucks headed back to Alabang and Cavite, then returned to Santa Rosa City, covering a distance of 190 kilometers.

In Santa Rosa, the trucks were again topped up to determine the amount of fuel they consumed during the trip. Both fuelling activities were witnessed and certified by Michael Mercado of SMART Driving Corporation, which served as the verifier for the fuel economy test.

Leading the NHR category was New Metrofab Electric Works with a consumption of 14.81 kilometers per liter (km/l), which was also the best result among all the participants. Securing second and third places was Sir Jun Trucking Service with 14.25 km/l and 13.01 km/l. In fourth place was Macasaet Poultry Farm with 12.25 km/l while coming in fifth was SM Magnaye Rice Store with 11.82 km/l.

Airlift Asia Inc. led the NPR category with 9.02 km/l while Manila Water Co. followed with a result of 8.13 km/l.

Participants in the eco run revealed that key to achieving low fuel consumption is by practicing sound driving habits like keeping to moderate speeds, smooth actuation of vehicle controls (avoiding sudden acceleration or abrupt braking), and using proper gear-shifting. They added that ensuring that the vehicle is maintained regularly, as well as having tires that are properly inflated, also help in improving fuel economy.

Besides impressive fuel efficiency, the N-Series is also known for Isuzu’s core values of being durable and reliable. It is versatile too as the truck can be configured as a passenger van, aluminum cargo van, refrigerated van, fire truck, drop-side truck, aerial platform truck, refuse collector, dump truck, cargo truck or tanker.
at 3:39 PM

Email ThisBlogThis!Share to TwitterShare to FacebookShare to Pinterest
Filed Under: Isuzu Corporate, News