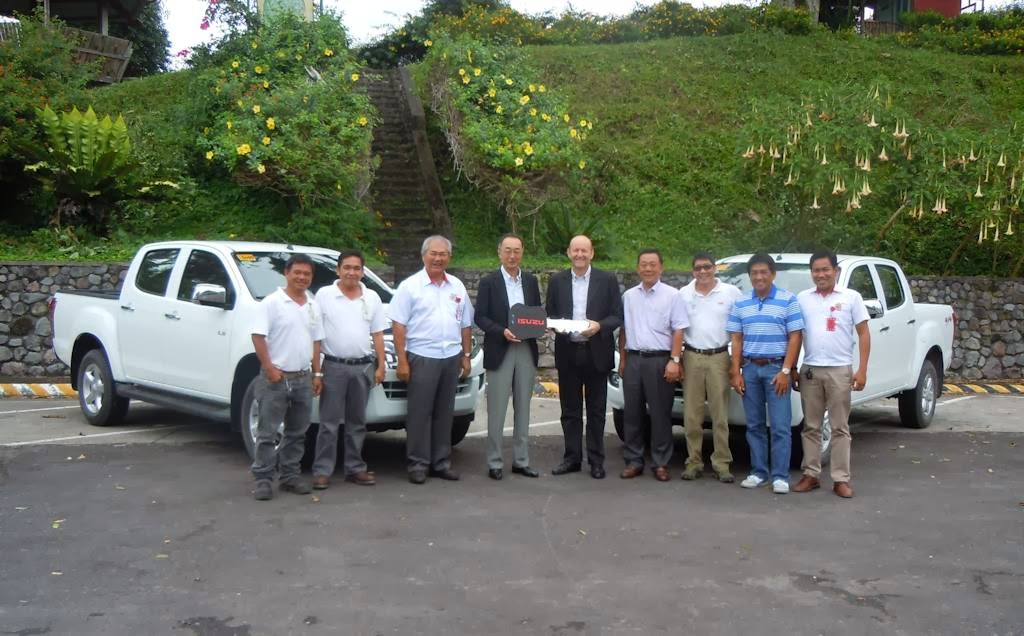 Dole Philippines Inc. has complemented its vehicle fleet with the purchase of several units of the All-New Isuzu D-MAX.

The new vehicles, which will be used by the company for its various operations in South Cotabato, were turned over in the last quarter of 2013 by top officials of Isuzu Philippines Corporation (IPC) to Dole Philippines’ executives.

Turned over were eight units of the D-MAX LS 4x4 M/T, which represent Dole Philippines’ latest acquisition of Isuzu vehicles. In 2013, the company had purchased several units each of the Crosswind XT, Crosswind Sportivo and D-MAX LS 4x4 Boondock models.

“The continued patronage of Dole Philippines speaks volumes on the trust they put over our models,” Izumina said. “That Dole Philippines purchased the All-New D-MAX, after previously acquiring Isuzu vehicles, can only mean that they have tested the reputed reliability, durability and fuel efficiency of Isuzu models.”

In a recent testing conducted by the Automobile Association Philippines, the All-New D-MAX LS 4x2 M/T traveled 1,985 kilometers on a single full tank, or 76 liters of fuel. This means the All-New D-MAX has logged an astounding 26.12 kilometers per liter of diesel fuel, emerging as a very fuel-efficient pickup truck currently available in the Philippine market.

Dole Philippines Inc. is engaged in growing pineapples, as well as in manufacturing canned pineapple products and other pineapple-based beverages. The company was founded in 1963 and is headquartered in Makati City. Dole Philippines Inc. operates as a subsidiary of Dole Food Company Inc.
at 6:45 AM