Ford Goes Off the Grid with C-Max Solar Energi Concept 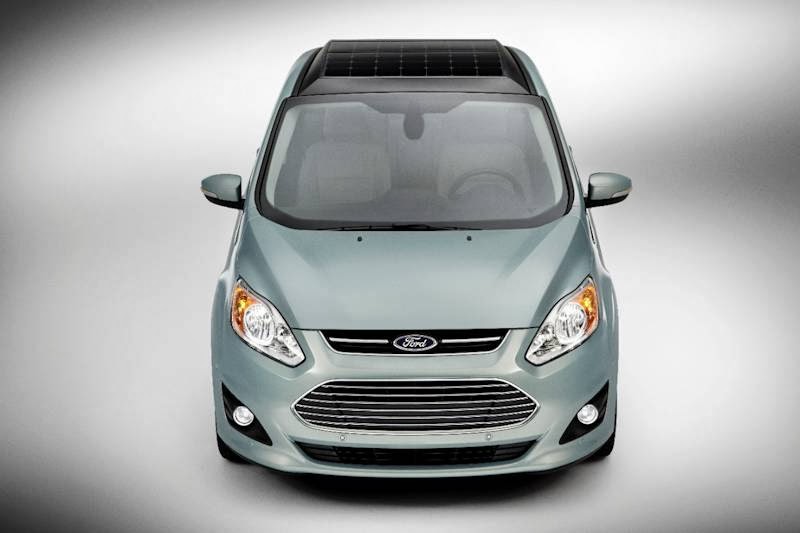 Ford Motor Company has released the C-Max Solar Energi Concept, an electric car that takes electric cars to the next level by being independent on the electricity grid for fuel. Instead of powering its battery from an electrical outlet, the C-Max Solar Energi Concept harnesses the sun by using a special concentrator on the roof that acts like a magnifying glass. This magnifier then directs the sun’s rays onto the solar panels located on the roof.

The result? A day’s worth of sunshine is enough to deliver the same performance as the conventional C-Max Energi plug-in hybrid that draws its power from the electric grid. This means the C-Max Solar Energi Concept can do an EPA-estimated 108 MPGe (45.91 km/L) city and 92 MPGe (39.11 km/L) highway. In addition, by using solar energy, a typical owner can reduce his or her carbon footprint by 4 metric tons.

On a full charge, the C-Max Solar Energi Concept can travel up to 620 miles (998 kilometers) including 21 (33.7 kilometers) electric-only miles.

The Ford C-Max Solar Energi Concept is a collaborative effort between Ford Motor Company, SunPower Corporation, and the Georgia Institute of Technology.

SunPower, Ford’s solar technology partner since 2011 provides the high-efficiency solar cells on the roof of the C-Max Solar Energi Concept. However, because of the time it takes to absorb enough energy to power the vehicle, Ford turned to the Georgia Institute of Technology to find a way to amplify the sunlight to make it feasible for daily use.

The Georgia Institute of Technology used a special Fresnel lens to direct sunlight to the solar cells while boosting the impact of the sunlight received by a factor of eight. Fresnel is a compact lens originally developed for use in lighthouses. The lens system then tracks the sun as it moves from east to west, drawing enough power from the sun to equal a four-hour battery charge (8 kilowatts).

Though currently a concept, Ford will start testing the vehicle in numerous real-world scenarios and gauge reaction and interest when the C-Max Solar Energi Concept is displayed at the Consumer Electronics Show (CES) in Las Vegas. Production can soon commence soon thereafter.
at 9:57 AM