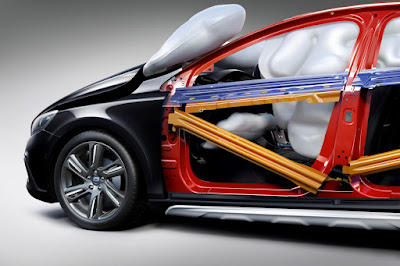 In response to President Donald Trump’s claim last week that a so called ‘bowling ball’ test is preventing US automobiles from entering the Japanese market, Global NCAP has written to the US President urging him to make ‘America First’ in pedestrian protection by adopting the same global standard applied by Japan.

In their letter, Global NCAP, the leading international consumer crash testing organisation, explain the purpose of the United Nation’s Global Technical Regulation on pedestrian protection (GTR No 9) which aims to mitigate the risk of head injury by encouraging deformation of the hood.

Applied in Japan and in the European Union (EU) since 2005, a similar test was proposed by the National Highway Safety Administration in December 2015 to be included in the US New Car Assessment Program. At the time NHTSA noted that pedestrian protection measures in Europe and Japan “have likely contributed to a downward trend in pedestrian fatalities” and argued that “including pedestrian protection in the NCAP program would be a step toward realizing similar downward trends experienced in regions of the world that include pedestrians in their consumer information programs”. To date this proposed update of the US NCAP has not happened.

To solve the issue of market access, Global NCAP encourages President Trump to apply UN GTR No 9 “as a matter of urgency”. The organisation explains that “American manufacturers based in the EU are already meeting these requirements and so there is no technological challenge for them whatsoever. Adopting global standards would help both to make American pedestrians safer and increase the export potential of US manufacturers”.

Global NCAP also points out that pedestrian fatalities in the USA have risen for two years in succession now amounting to 6,000 lives lost per annum and accounting for 16 percent of total road deaths. The organisation, therefore, “strongly agrees with NHTSA’s 2015 assessment that improved pedestrian protection in the USA could help reduce the number killed in such crashes each year”.

Separately Global NCAP has also written to Mattias Wissmann, President of the International Organization of Motor Vehicle Manufacturers (OICA), requesting that the organization endorse UN Global Technical Regulation No 9 on Pedestrian Protection “as a valuable regulatory instrument for countries wishing to reduce pedestrian fatalities”. OICA’s members (which include the US Auto Alliance) are very familiar with pedestrian protection tests which were first introduced in the EU under a 2001 voluntary agreement before becoming a regulatory requirement four years later.

“President Trump’s comment, whether intended as a joke or not, shows no understanding of the purpose or procedure of the global pedestrian impact test. Far more worrying is that his remarks are trying to ‘weaponize’ a safety feature by treating it as an ‘unfair’ trade practice. This is against the interests of both American consumers and automobile manufacturers. The solution is for the US to apply the UN pedestrian protection regulation to help save American lives and sell American cars in Japan and the EU”.
at 9:26 PM