Volkswagen Jetta Still at Pre-TRAIN Prices (But Not for Long) 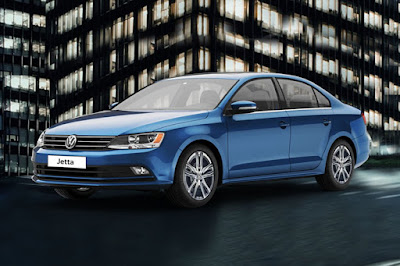 Volkswagen Philippines is keeping the price of its best-selling sedan, the Jetta at pre-TRAIN prices (but not for long). The carmaker announced that they are keeping the suggested retail prices steady until April 30, 2018.

The Jetta has been Volkswagen Philippines' bestselling sedan since its introduction, reflecting Jetta’s worldwide sales performance of over 14 million sold in its six generations of production, making it among the most successful vehicles sold in the German carmaker’s history.

It was also instrumental in the sales growth of Volkswagen Philippines in 2017, in which the distributor sold a total of 1,363 units from January to December 2017, compared to 1,060 units during the same period in 2016, translating to a 29 percent increase.

Made for everyday living, the Jetta is the only diesel model in its segment powered by a 2.0-liter TDI diesel engine making 150 horsepower and 340 Nm of torque.

Standard for both Comfortline and Highline variants are: 6-speed DSG gearbox, sunroof, Keyless-Go with Push Start and the 5.8-inch Touchscreen Color Display Audio.