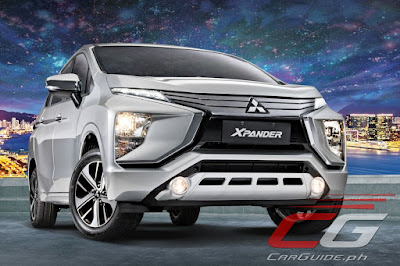 Following a successful release in Indonesia, which garnered 50,000 in order units alone, the all-new Mitsubishi Xpander finally lands in the Philippines. Mitsubishi Motors Philippines Corp. (MMPC) is proud to be the second in Asia to launch this highly anticipated MPV/crossover. The Xpander is MMPC’s nod to the growing demand in the Philippine market for an “in-between” model, coming from the success of both the Mirage and the Montero Sport, which remains to be the brand’s local best-selling models.

The all-new Mitsubishi Xpander, which is designed to be the answer for a growing Filipino family with an average of 2-3 children, will be offered in four (4) variants starting off with one MT variant, the GLX and 3 AT variants: GLX Plus, GLS, and top of the line GLS Sport. This all-new model is produced at Mitsubishi Motors Corp.’s (MMC) new factory in Bekasi Prefecture, Indonesia.

The Xpander is the brainchild of Mitsubishi’s fresh design concept, one that collaborates the well-thought-out history of the brand’s design originality with details that infuse modern day demands.

The overall exterior communicates an adventurous and futuristic style, with its seamless rounded body and fluid curvature. It flaunts Mitsubishi Motors’ Dynamic Shield design concept with a luxurious front grille, which will be available in chrome with clear smoke coating for GLS Sport and GLS variants and gloss black for GLX Plus and GLX variants. The new model was given an advanced look with LED position lamps in a crystal-block design and a unique headlight with a lamp layout that improves visibility for both pedestrians and oncoming vehicles. It also flaunts distinctive L-shaped LED Tail Lamps with the rear combination lamps extending onto the tailgate which is a first for this class. To add a touch of sportiness, the all-new Xpander is equipped with 15-inch Alloy Wheels for GLX variant and 16-inch Two-Tone Alloy for GLX Plus, GLS and GLS Sport variants.

For the interior, the concept of omotenashi was key, which stands for having a meticulous attention to detail that would cater to the comfort and convenience of every passenger. MMC Corporate Vice President for Design, Tsunehiro Kunimoto expressed that the Xpander’s design was a product of putting together customers’ thoughts, needs, and desires; information that was gathered from different walks of life in different countries.

With a total cabin length of 2,840mm, the Xpander provides comfortable seating for a maximum of 7 adults. Its layout also ensures that passengers are able to enter and exit the vehicle with ease. The second row seats feature a tumbling down system, providing easier access to the third row. The middle seats in the second and third row likewise doubles as folded down armrests, offering comfort in long rides. Other passenger features include several storage pockets for small items that are neatly tucked away and 12V power outlets in all three rows.

For the driver, he can count on excellent visibility. With its high 205-mm ground clearance, resulting in a high seating position, the body is optimized for clear visibility with reduced blind spots. The front windshield with ample vertical and horizontal spacing also provides clearer forward visibility. The Xpander’s front pillars are positioned wider to provide more visibility while the side mirrors ensure a clearer rear view.

For luggage capacity, the Xpander is the only vehicle in its class that has a flat luggage floor. The second and third seating rows can both be folded down to offer an even bigger cargo hold. The most notable advantage, however, is that each of the seats can be adjusted separately, allowing the user to arrange them in various combinations to accommodate different types of cargo.

As much as the aesthetics are impressive, Mitsubishi knows that the deciding factors lie in two things: the power and pleasure of the drive, and how safe it is to be both driver and passenger in the vehicle. The all-new Xpander is equipped with a 1.5L 4A91 MIVEC DOHC 16-Valve engine which gives a maximum output of 105 horsepower at 6,000 rpm and maximum torque of 141 Nm at 4,000 rpm. The 4A91 engine enables the Xpander to have less vibration and less noise for smooth and quiet driving performance. Its engine capacity has good balance between performance and fuel consumption which makes it an ideal vehicle for the Philippine market. The Xpander is made to be fuel efficient without compromising its performance.

And for the consumer’s peace of mind, the Xpander features Mitsubishi Motors’ proprietary RISE (Reinforced Impact Safety Evolution) body, which is reinforced to absorb the impact of a collision. It is also equipped with ABS with EBD to help keep the driver in control of the vehicle when braking on slippery surfaces. When the driver brakes hard or activates ABS, the ESS (the Emergency Stop Signal System) activates and automatically flashes the hazard lamps to warn the drivers behind to help prevent rear end collision.

The top of the line GLS Sport variant is equipped with Hill Start Assist and Active Stability Control. The Hill Start Assist feature automatically maintains the brakes to prevent the vehicle from rolling backwards when driving on a steep slope. Meanwhile, the Active Stability Control automatically apply brakes and suppress the engine output at the same time in order to stabilize the vehicle during sudden maneuver on slippery surface conditions. With these top-of-class safety features, Xpander gained a four-star safety rating in the ASEAN New Car Assessment Program (ASEAN NCAP).

The 2018 Mitsubishi Xpander is available in five colors: Sterling Silver Metallic, Titanium Gray, Diamond Black Mica, Quartz White Pearl (GLX Plus, GLS, GLS Sport only), and Red Metallic (GLS, GLS Sport only).  It also comes at a special introductory price:
The all-new Xpander is now available for reservation at any authorized Mitsubishi dealership nationwide with customer deliveries to commence in the next few months. 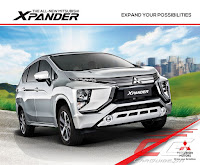 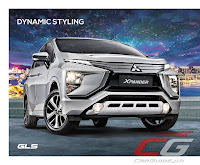 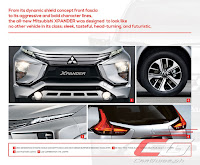 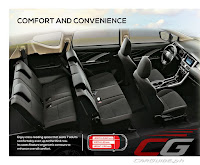 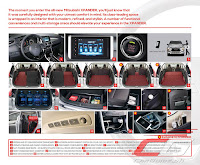 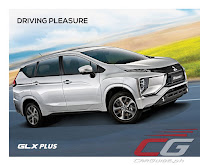 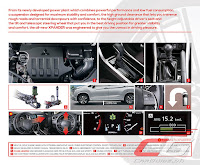 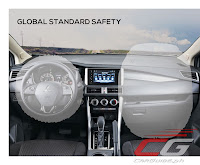 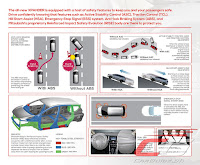 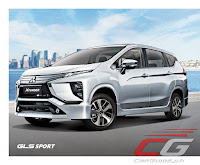 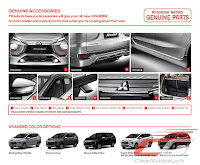 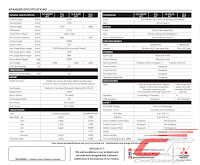