MIAS Starts Early If You Want to Buy a Subaru Forester 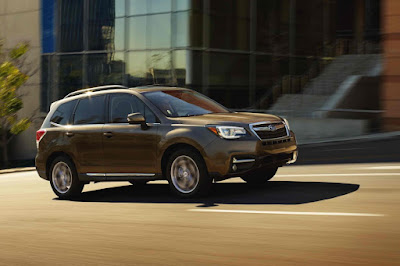 In what was supposed to be an offer exclusive during the Manila International Auto Show (MIAS) from April 5-8, Motor Image Pilipinas, the exclusive distributor of Subaru is starting its “Refreshing” promotion on the Forester two weeks early.

Opting for the Forester compact SUV from now until April 8 gives you one of the following options:
Catch Subaru at the Manila International Auto Show this coming April 5-8, 2018. Aside from the Forester, the carmaker will be displaying the 2018 Subaru XV equipped with EyeSight technology as well as the refreshed 2018 Outback.
at 8:21 AM