Hyundai, Kia May Have Airbag Failures 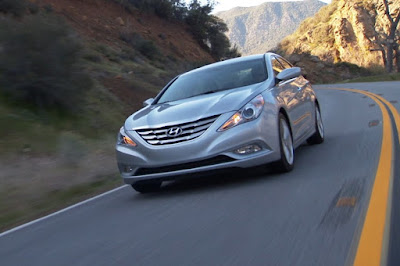 After escaping the global recall that affected automakers that used Takata airbag inflators, it seems Hyundai and Kia are now being pulled into the defective airbag mess, Reuters reports.

The US-based National Highway Traffic Safety Administration or NHTSA is opening a probe on why some airbags failed to inflate in Hyundai and Kia vehicles after crashes which left four dead and another six injured.

The NHTSA says that the defect isn’t caused by Takata airbag inflators, but by an “electrical overstress in the airbag control unit.” The said control unit was built by ZF Friedrichshafen-TRW, a German auto supplier that acquired TRW Automotive Holdings Corp in 2015.

425,000 2012-2013 Kia Forte and 2011 Hyundai Sonata cars possibly carry the defective airbag control unit. Of the two automakers, Hyundai has acted swiftly and recalled 154,753 US-market Sonatas. The carmaker though does not have a final fix yet. Meanwhile, Kia has not issued a recall but is “monitoring and conducting additional crash testing as appropriate.”

Both Hyundai and Kia are checking if any other model is affected while the NHTSA is determining if any other carmaker used similar airbag control units and if they pose a safety risk.

We have reached out to both Hyundai Philippines and Kia Philippines to determine if the models sold here are covered by this safety recall. We will update this story if we hear from them.