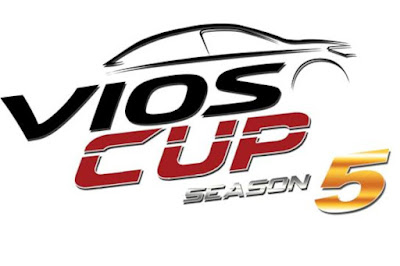 From a grid of zero four seasons ago to over 50 racers today, the Toyota Vios Cup has become one of the biggest motorsports events in the country. And now, Toyota Motor Philippines has just announced Season 5 of the Toyota Vios Cup.

For Season 5, 50 racers will line-up in one of three classes: Super Sporting, Sporting, and Promotional Classes. However, to make this season even more intense, the racers will be held in a new three-leg race format (three races per leg) and car specifications upgrade for the Super Sporting Class.

This year, the Super Sporting Class are allowed to run additional upgrades to tighten the competition. This starts with a lightweight hood and trunk which should be worth around 1 to 2 seconds per lap on the Clark International Speedway and is it capped off with front TRD rotor disc brakes to provide higher stopping power.

Gates of the Clark International Speedway opens at exactly 10 AM on April 28. And as always, the Toyota Vios Cup is open to the public and is admission is free.
at 7:00 AM