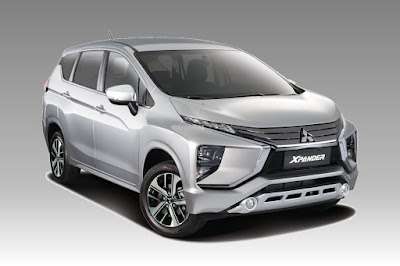 If you’re still on the fence about the Mitsubishi Xpander, prepare to get in line. According to Mitsubishi Motors Philippines Corporation (MMPC) Senior Marketing for Marketing Services, Mr. Arlan Reyes, the Xpander’s reservation queue has already surpassed 1,800 units in less than 60 days.

In a report published by The Philippine STAR, Mr. Reyes says that people had plopped down their reservation fee even without seeing the Xpander in person.

Manufactured at Mitsubishi’s new factory in Bekasi Prefecture, Indonesia, the Xpander is Mitsubishi’s next-generation MPV. Offering 7 seats, it’s powered by a 1.5-liter 4A91 MIVEC gasoline engine making 105 horsepower and 141 Nm of torque. According to Mr. Reyes, this offers a balance between performance and fuel economy, something that the Filipino buyer always looks for. Based on unofficial Department of Energy (DOE) test parameters, the Xpander returns more than 20 km/L after running more than 200 kilometers.

With a total cabin length of 2,840 millimeters, the Xpander provides comfortable seating across all three rows. Mr. Reyes reiterates that the interior space rivals that of bigger MPVs available in the market. In addition, the second and third row seats fold flat creating a cavernous cargo room.

The Xpander is now available for viewing at all Mitsubishi dealerships nationwide. MMPC is also set to go on a full-on media campaign with a TV ad set to debut sometime in April and more “head-to-head” roadshows of the Xpander soon.

Email ThisBlogThis!Share to TwitterShare to FacebookShare to Pinterest
Filed Under: Mitsubishi Xpander, News