This is How Mazda Keeps Building Cars Worth Driving 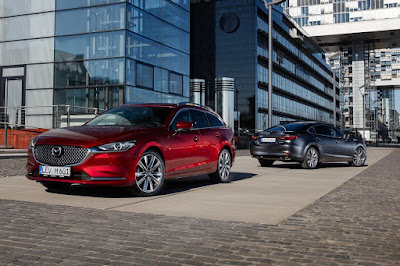 Haven’t you noticed anything with Mazda lately? Despite being a small carmaker (it has about a 4 percent market share in Japan and 2-3 percent globally), they’ve continued to make fresh products year after year. How have they been able to accomplish this?

Typically, when a carmaker launches a new vehicle, there’s a natural rate of diminishing appeal as it gets older. And while it’s bound to get a midcycle facelift after two to three years (probably with new bumpers and wheels), it never is going to be as sought-after as much as when it was new.

Mazda, it seems, has found a way around this slump is able to keep their products appealing throughout its five to six-year lifespan. In fact, since 2012, the company has made annual improvements on all their vehicles to make them continuously competitive. A case in point is the Mazda3. Launched in 2014, it saw updates in 2015 (introduction of the Speed model), 2016 (heavy refresh internally referred to in Mazda as IPM), 2017 (introduction of new colors), and 2018 (360-degree camera, added active safety features). With these improvements, the Mazda3 actually became a better car; better even than some of its much-newer rivals. And strong sales year after year simply cements that fact even more.

But how has Mazda managed to accomplish something that virtually no other carmaker has? How could they afford all these improvements given they’re of minuscule scale in both budget and capital? It all goes back to their Monozukuri Innovation. Although it’s more commonly associated with a flexible manufacturing process, Mazda applies this way of thinking in the way they design, engineer, and build their cars.

Starting with the first-generation CX-5 in 2012, Mazda has embarked on what they call Bundled Product Planning. With this, Mazda develops their products five to ten years ahead using fixed or common factors. Skyactiv, for instance, is a result of this integrated planning. In the development of Skyactiv engines, the R&D department worked with manufacturing to produce a high-compression gasoline or low-compression diesel that can be easily mass-produced. Even the roll out of Mazda Connect, Active Driving Display, and i-ACTIVSENSE charted the same path.

Moving to a common architecture, Mazda has achieved a way to shorten lead times and save resources without any detriment to customer value. Typically, after product development has settled on a design, the manufacturing division tries to reproduce this design. Unfortunately, this leads to gaps between the design and eventual production model. Mazda resolves this by integrating designers and engineers, making them work in unison. They can actually do design evaluations on a computer before proceeding to a die fabrication process to then realize the design.