Audi Saves Spider-Man's Science Project (and the World) in Spider-Man: Far From Home 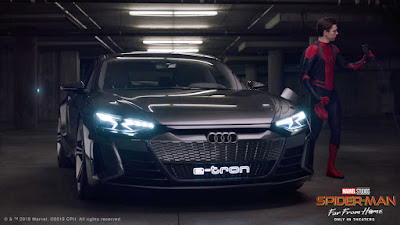 Audi is continuing its tie-up with Marvel Studios with Spider-Man: Far From Home. After introducing the brand to a new kind of audience with Iron Man in 2008 (it likely helped boost the R8 as the Philippines’s most desired supercar), the German automaker now considers its tie-up as a significant role in its brand strategy.

Marking its collaboration with Sony Pictures Entertainment, Audi has also released a digital short titled, “Science Fair.” It features Peter Parker (Holland) and his best friend Ned (Jacob Batalon) up against some very serious competition at the school science fair. To save their presentation, Peter races against time to acquire the perfect scientific advancement: the all-electric Audi e-tron GT concept.

You can watch the digital short below.

Commemorating Spider-Man: Far From Home’s Philippine release, PGA Cars, the exclusive distributor of Audi in the country, is showcasing the all-new Audi Q7 and Audi A8 L at the Powerplant Mall in Rockwell Center, Makati this Friday, July 5 to Sunday 7 weekend.