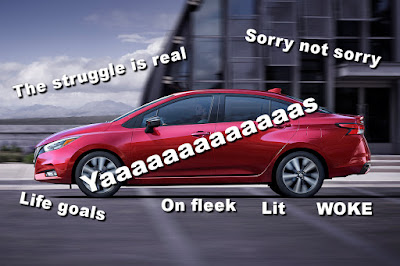 If you’re young, you don’t want a SUV or crossover; you want a sedan. That’s essentially the findings of a study released by Nissan and also the reason why the Japanese automaker has opted to double down on sedan, despite recent market trends.

In a recent survey done by Edelman Intelligence and commissioned by Nissan found out that among 11,000 respondents from Argentina, Australia, Brazil, Canada, China, Japan, Malaysia, Mexico, Thailand, U.A.E., and the U.S.A. who don’t own a sedan, 75 percent would consider buying one now or in the future. That number rises to 8 in 10 (80 percent) for millennials.

Because the segment retains a strong appeal especially for younger buyers, Nissan will continue to double-down on sedans, and will expand its global lineup with all-new models in the near future.

Just this year, Nissan showed off the all-new Sylphy compact sedan and Versa (aka Almera) sub-compact sedan. Later in the year, the carmaker will also introduce the new Skyline which will come with ProPILOT 2.0, the next-generation driver assistance system.

Here is a closer look at sedan drivers today.

Nissan surveyed car owners and non-owners around the world, between the ages of 18 and 65, and found: