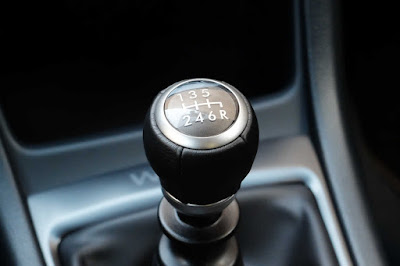 Name a performance car nowadays, and chances are, it’ll come with an automatic transmission. Whether it’s because carmakers will claim that a slush box will provide the same amount of performance minus the hassle of operating a third pedal, or increased market demand (bean counters will say: who buys manuals nowadays), this has become a fact of life—like how the sun rises in the east, sets in the west, and the new Supra’s basically a Z4 underneath. Thankfully, there’s still one brand that’s flying the Save the Manuals flag locally, and that brand is Subaru.

The P 2.748-million top-dog WRX STI aside, Subaru has managed to keep two interesting choices in their line-up that hover around the two million-peso mark: the BRZ and WRX. Both of these sport-oriented cars are available with automatics—a traditional 6-speed for the BRZ and a CVT for the WRX, but even more impressive is that both can still be had with a 6-speed manual.

Priced at a smidgen above two million (P 2,058,000 to be exact), the BRZ stands out in Subaru’s line-up for two reasons. First, it’s the only two-door offering in the entire line-up that consists mainly of family-oriented sedans, crossovers, and SUVs. Second, it’s not available with all-wheel drive, even as an option.

Instead, the BRZ opts for handling purity—backed up by credentials such as a low center of gravity, low curb weight, and a high-revving 2.0-liter flat-4 making 200 horsepower.

Coupled with its go-fast appearance—updated last year with new headlights, taillights, 17-inch wheels, and a standard rear spoiler, the BRZ is aimed more as a weekend canyon carver or track day machine. Getting in requires some impromptu ballet to clear the heavily-bolstered seats (now covered in suede). From there, the list of features isn’t long. If it doesn’t expedite driving, it doesn’t have it. Thus, it’s got a push-button start/stop, and that’s about it. The audio system is still godawful and ancient, and there’s still no hands-free Bluetooth.

On the other hand, there’s the WRX. Priced at P 1,930,000, it’s more affordable of the two. Available only by indent order (same with the Outback 2.5), the WRX is certainly the choice if you’re after a sporty everyday car, or more comfortable long-distance tourer.

Equipped with the same engine in the BRZ, but turbocharged, it makes 268 horsepower. And like traditional Subarus, comes with the brand’s Symmetrical All-Wheel Drive system.

Also updated last year, the WRX gets larger rims and wider tires, and revised exterior styling to make it look more badass. Oh, and unlike the BRZ’s more driving focused features, this one has more convenience features baked in like a touchscreen audio system with Apple CarPlay and Android Auto. Naturally, the P 128,000 price difference versus the WRX CVT means omissions—lots of them. Bye-bye LED headlights, push-button start/stop, leather seats, and even the EyeSight driver assist system. This here is basically a turbocharged, all-wheel drive entry-level Vios. No kidding.

Now, given that a vast majority of owners will drive either of these cars on public roads as opposed to a race track, it’s more important to focus on that aspect rather than quote lap times. With that, it’s surprising that both offer their own pros and cons.

Between the two, the BRZ is the apex hunter—as in it rewards the serious driver who’s always on attack mode. Turn into a corner, and the BRZ dances along with immediacy. The steering is weighty and linear, while the gearbox is rewarding its nice, precise notches. However, because peak torque comes in at 6,400 rpm, it’s imperative to keep the revs up and shifts deliberate to keep things going at a brisk pace.

In addition, the ride in the BRZ is stiff; as in WRX STI stiff. Couple that with a heavy clutch pedal and trying to navigate through EDSA traffic for two hours can be a bane. Oh, and it doesn’t have hill hold assist, so tackling parking ramps may be a challenge.

Meanwhile, the WRX trades the BRZ’s directness for civility. Unlike the BRZ which can throw you out when pushed over the limit, the ‘Rex uses its all-wheel drive to keep itself pointed in the right direction. Throw it into a corner and it’ll rotate quickly with little or no slip. By default, the all-wheel drive system splits the power 50/50 between the front and rear wheels, but it can be sent completely to the rear if required.  It’s simply confidence-inspiring no matter what the weather.

Oh, and while both of these Subarus have nice, throaty exhaust notes, the WRX just permeates the cabin better. It’s also faster than the handling-focused BRZ in a straight line. The clutch pick-up is also lighter and easier to modulate. The only let down? The vague cable-shifter mechanism. Rowing through them feels like shifting gears in a Vios.

Now, would-be WRX and BRZ owners will likely not care about fuel economy, but for those who’re curious, it’s quite surprising that both of these cars end up with similar figures: 6.17 km/L (at 11 km/h for the BRZ and 13 km/h for the WRX).

Priced close to each other, it doesn’t matter if your heart goes for the BRZ and WRX. Both represent an increasingly outlier choice because of its three-pedal set-up. The practical minded will surely go for an automatic transmission for its everyday civility, and for the enthusiast beginner, it might be easier to push around too.

However, nothing beats the directness of a manual gearbox. Call it old-fashioned thinking, but opting for a stick shift separates the true enthusiasts from the wannabes. Given there are few and far between, only a handful of these sporty Subarus will ever find a home. It’s a pleasant surprise therefore that Subaru’s kept the faith alive in the manual gearbox.