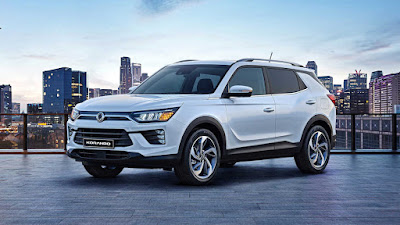 As carmakers struggle with falling sales and halting of production, it’s a matter of time when some end up struggling. The first automaker that may fall victim to COVID-19-related economic slowdown? SsangYong.

A report out of Reuters says its largest stakeholder, Mahindra, will not invest further in the South Korean SUV specialist. This comes as Mahindra finds itself trying to conserve cash after sales nosedived 88 percent last month.

In a regulatory filing, Mahindra, which holds a 74.65 percent stake in SsangYong said:


“After lengthy deliberation given the current and projected cash flows, the M&M [Mahindra & Mahindra] Board took a decision that M&M will not be able to inject any fresh equity into SYMC [SsangYong Motor Corporation] and has urged SYMC to find alternate sources of funding.”

The announcement came less than two months after Mahindra said it would invest US$ 423 million to make SsangYong profitable by 2022. Among the plans was to launch an all-electric version of the Korando SUV. That was since canceled.

Mahindra said it would consider a special one-time infusion of up to 40 billion Korean Won (USD $32.34 million) over the next three months to help SsangYong continue running its business while it seeks other sources of funding.

In 2010, Mahindra rescued SsangYong from near insolvency.
at 9:21 AM